DETROIT (FOX 2) - A Chevrolet Trailblazer slams into a couple's house Tuesday night - and the driver runs off.

You can see the damage the SUV left behind- a boarded up home and a pile of bricks on the ground. For Dwayne Johnson, what started off as a seemingly normal night left him incredibly shaken up.

Crash into west side Detroit house caught on camera

A Chevrolet Trailblazer slams into a couple's house Tuesday night and the driver runs off.

"Life is so precious and you can take it away just like that," said Johnson.

Dwayne Johnson is in shock but thankful he's alive. His outside home surveillance video shows the moment the Trailblazer veered off the road and crashed into his home on Harlow Avenue near Florence on Detroit's west side.

"I was sitting on my couch getting ready to watch the Michigan game and I heard some squeaking tires and the next thing I know I heard boom," he said. "And I was flying through the air towards my fireplace."

Now Johnson is recovering from sore legs and a sore shoulder. Making matters worse, Johnson says a work accident back in 2012 left him disabled.

"It's a hard pill to swallow, but thank God I'm still here from both situations," he said.

As Detroit police begin their investigation, Johnson is dealing with the damage on the outside and inside of his home. He has a message for the three women who his wife says simply walked away.

"You don't leave the scene of an accident where there's a car, a house, or whatever," he said. "That's just being inconsiderate, period."

But through the uncertainty, Johnson said he is not losing sight of what matters most.

Johnson said he is incredibly thankful for the first responders who got here within minutes. 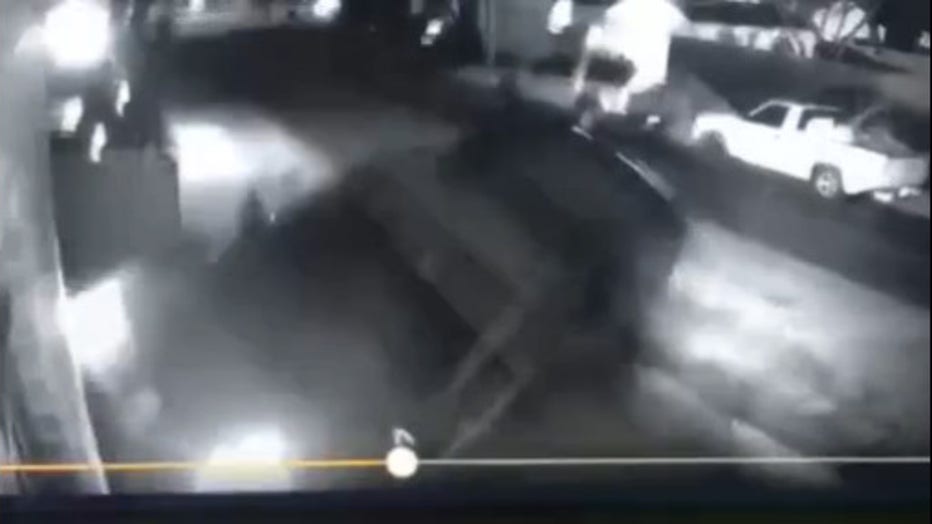