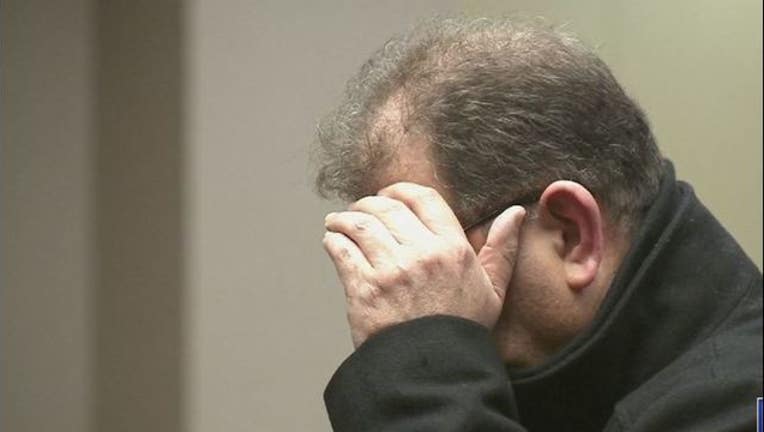 The Livonia tailor charged with inappropriately touching two postal workers during fitting in March has now been accused of seven additional cases of sexual crimes.

Majed Wazni, 57, was arrested in March and charged with two counts of 4th degree criminal sexual conduct. A postal worker told FOX 2 that the Wazni went too far with his fitting for a new uniform.

"He went up and down on my zipper five times," the postal worker says. "So that led me to believe, ‘Maybe there's a defect in the zipper' - until he put his finger in the zipper and that's when he touched me."

According to the Wayne County Prosecutor's Office, Wazni has now been charged with seven more cases. The charges were filed in the week after FOX 2 did the story about the first two cases. It's not known when those additional crimes occurred.

All of the victims were male and the anonymous postal worker we spoke with said he didn't mention it to his coworkers for two weeks and when he did, he was surprised by the response.

"They said that it's been happening for years," he said. "I spoke to one of my coworkers; he said it happened to him 16 years ago."

He said the Wayne County Prosecutor told him that Wazni had admitted to the crimes. The prosecutor's office did not confirm that to FOX 2 in March.

Wazni is facing misdemeanor charges that could land him behind bars for a few years. He's been out of jail on a $10,000 bond.