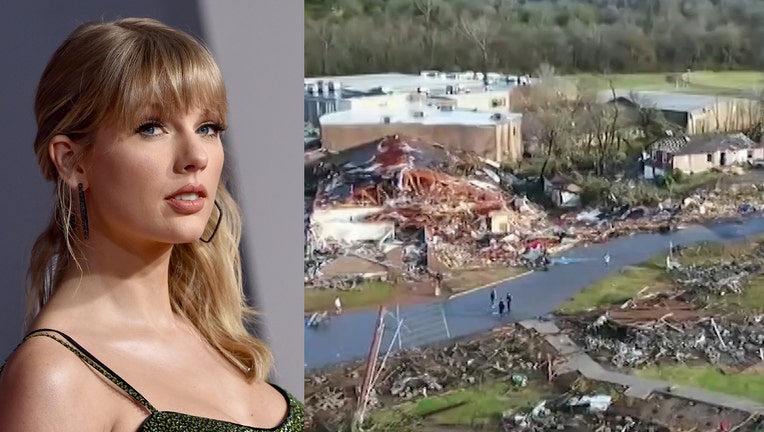 She announced the donation on Instagram, saying she was giving the money to the Middle Tennessee Emergency Response Fund.

"Nashville is my home and the fact that so many people have lost their homes and so much more in Middle Tennessee is devastating to me," Swift wrote.

While Swift did not say how much she donated, her spokesperson Tree Paine told USA Today the pop singer donated $1 million.

Two tornadoes devastated the state overnight on Tuesday, destroying over 140 buildings and burying people in piles of rubble and wrecked basements. The storms moved so quickly that many people in their path could not flee to safer areas.

"It hit so fast, a lot of folks didn't have time to take shelter," Putnam County Mayor Randy Porter said. "Many of these folks were sleeping."

Officials said one of the tornadoes was a "violent" EF-4 with winds up to 175 mph, killing 18 people in Putnam County alone.