SOUTHFIELD, Mich. (FOX 2) - "The week the world shut down for Covid, I found out I was in stage kidney failure," said Jean Washington.

The news was a shock for Jean Washington, who is a teacher and coach at MacArthur K8 University in Southfield.

Shortly after her diagnosis, the married mother of three learned her condition was so dire she would need a kidney transplant.

But shortly after her diagnosis, the married mother of three learned her condition was so dire she would need a kidney transplant.

"The idea itself is pretty daunting," she said. "We actually lost my father this past year in July of 2020. He had had a stroke, but 14 years prior, my father had a kidney transplant - so I know the benefits of organ donation."

Washington is currently on a waiting list. But if a kidney does not become available soon, she will have to start dialysis next month - which would make teaching and coaching challenging.

"The idea of not doing that is ... excuse me - I couldn't imagine that not being a teacher," she said.

Jean is married to the former University of Michigan running back Dennis Washington. Their family has decided to join forces to tackle and fight what's known as Chronic Kidney Disease or CKD.

One of the couple's daughters designed a T-shirt to show Washington Warriors are ready to battle.

"Making this T-shirt would be a good way to get information out also potentially find donors to help us find a donation," said Tyler Washington. "We have a website and Facebook page and email address for people to reach out and learn more."

Her other daughter painted two kidneys on her bedroom wall to support her mom.

"The painting would be a way to show I care and I try to fight with her," said Destiny Washington.

But this family understands their fight must include more than family.

In fact, some friends and family have been tested to see if they are a match to give the Gift of Life, but so far no positive results. 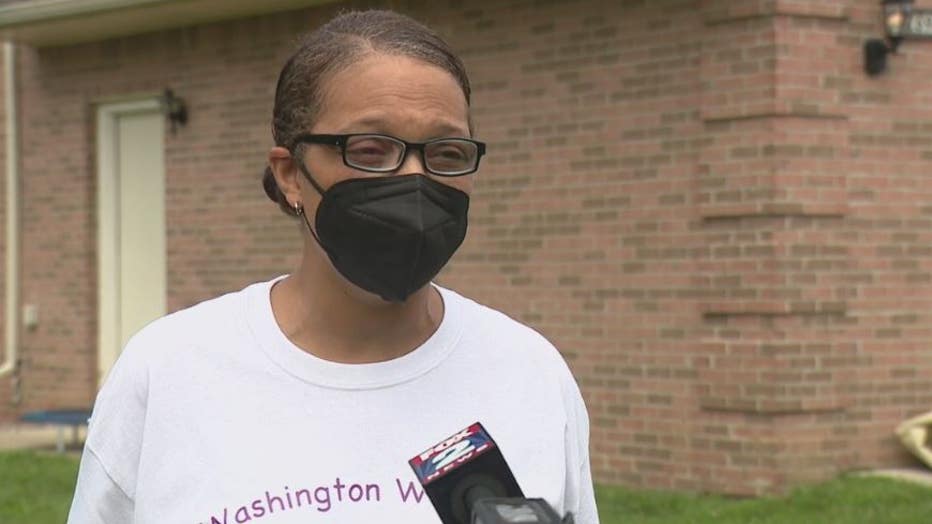 If you would like to learn more about organ donation and how you can help, go to the Facebook page HERE.

To learn more about Gift of Life Michigan, go HERE.

"Just being able to be a giver and be a blessing is incredible," Jean said. "I truly wish I could be able to give, as opposed to needing to receive."