DETROIT (FOX 2) - "It is a beautiful blessing, I tried hard getting what I (did for) them, but this is really great," said Hermonie Sanders.

All of Hermonie Sanders' children from ages 6 to 20 getting a much better Christmas.

Family in need adopted for Christmas by Telemus team

"This is wonderful, for all the kids," said O'monie Kemp, one of Hermonie's daughters. "This is probably the most they've gotten period, it's very good."

Hermonie, her four kids and grandbaby were adopted for Christmas by the Telemus team out of Southfield - and they brought gifts galore.

"They needs they had were very basic," said Johannah Schiffer, Telemus. "It wasn't like they were asking for video games or extravagant things. They needed things like sheets, socks, underwear. We knew we could meet those needs and then some. So we felt like this would be a great family to help - they were not asking for anything."

Hermonie is a mom whose kids think the world of her, because she works so hard to provide.

It will be a Christmas to remember. She wants the kids to have a great Christmas because they really deserve it - and now, they will. 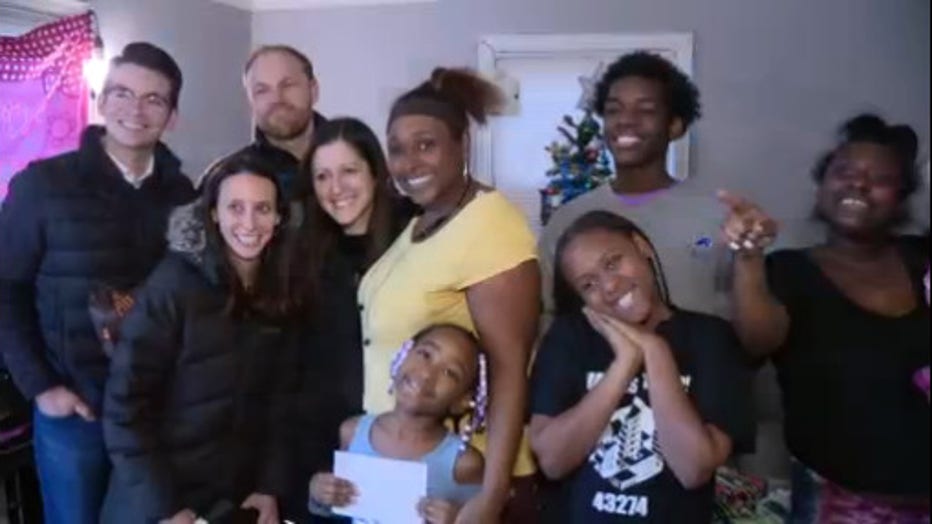