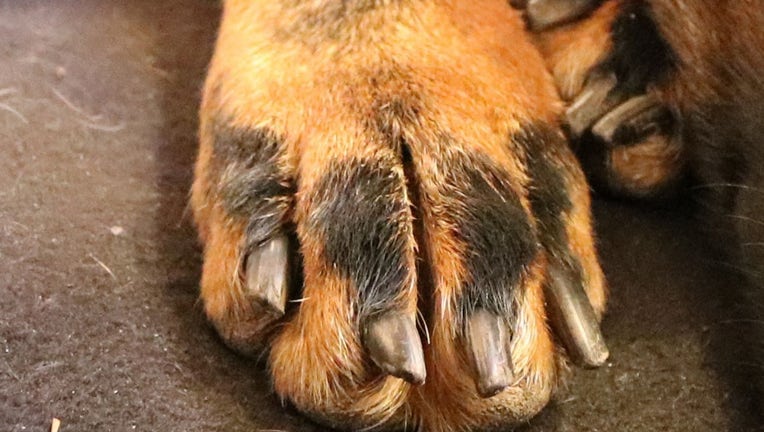 SODUS TOWNSHIP, Mich. - A dog that disappeared in Michigan last summer while visiting from Texas has been returned to his grateful owners.

Jennifer Hysell and her husband drove 15 hours from Dallas to be reunited Tuesday with Parker, their beloved pit bull.

"Knowing that he was safe and now he’s coming home, he’s not scared anymore — that’s what matters," Hysell told WWMT-TV.

Parker ran away in July while Hysell was in Bangor, Michigan, for her father’s funeral. Hysell searched but had to return to Texas.

"We had my family and everybody being aware, posting on Facebook from day one," she said.

Jenny Loyd of South Haven learned about the missing dog and regularly searched for Parker.

"Being a southern dog he doesn’t know about Michigan winters, so that was our main concern," Loyd said.

In late November, Loyd spotted Parker behind a store in South Haven. Finally, on Dec. 11, the dog was lured into a kennel and caught.

"The army that got together ... went ahead and got together because of Parker the Marker, as we call him, because he really put a mark on our life," Hysell said.