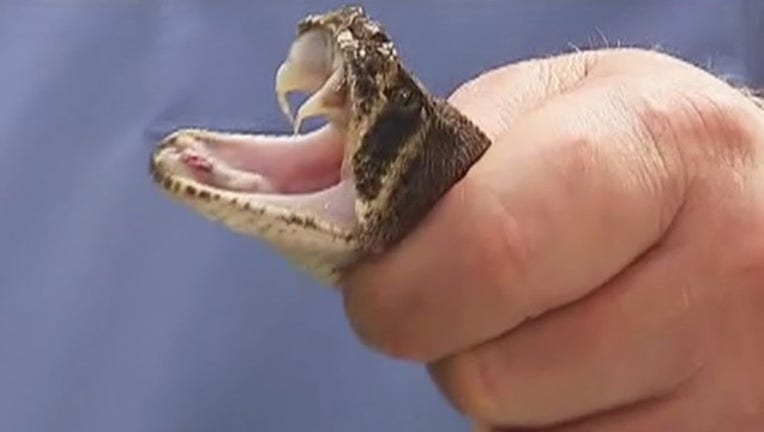 CORPUS CHRISTI, Texas (AP) - A South Texas man almost died after he was bitten by the head of a rattlesnake he'd just decapitated.

The incident happened May 27 as Milo and Jennifer Sutcliffe were doing yard work at their home near Lake Corpus Christi. Jennifer Sutcliffe said her husband found a 4-foot rattlesnake and hacked off its head with a shovel. As he bent down to pick up the remains, he was bitten by the severed head.

Sutcliffe said she called 911 and began driving her husband the 45 miles to a Corpus Christi hospital. He began having seizures, losing his vision and bleeding internally and was airlifted the rest of the way.

Sutcliffe said her husband needed 26 doses of antivenom, where a normal patient gets two to four. He's in stable condition.