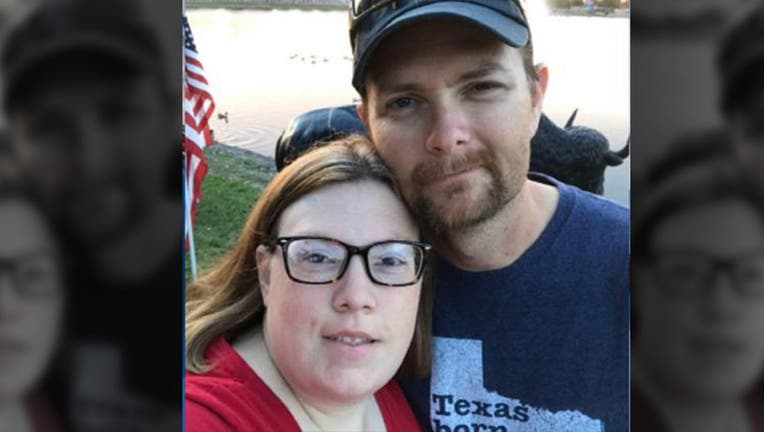 ODESSA, Texas - A Texas man died Saturday night from gas poisoning and his wife died shortly after while checking on him, investigators said in a heartbreaking announcement.

Jacob Dean, 44, responded to a call from Aghorn Energy to check on a pump house in Odessa, the Ector County Sheriff’s Office said in a statement. He died after inhaling hydrogen sulfide gas, the investigators said.

When Dean didn't return home, his 37-year-old wife, Natalee, tried reaching him by phone but got no answer. She drove to the facility with her 9-year-old and 6-year-old children and left them in the car.

Investigators said she "walked up to the pump house and was overtaken with the H2S gas exposure."

An Aghorn Energy supervisor called investigators after not hearing back from Jacob Dean. Sheriff's deputies arrived and found the couple and the children.

The kids had slight exposure to the gas, the sheriff's office said. They were decontaminated, taken to a hospital and turned over to their grandparents.

No one from Aghorn Energy was available to speak with FOX News on Monday.