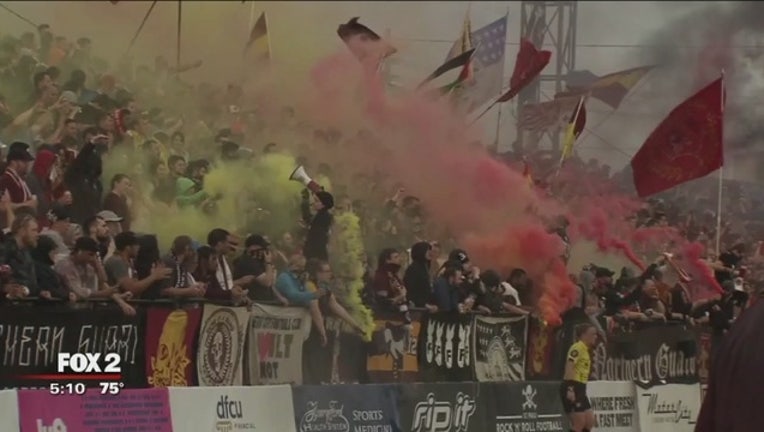 Prior to joining the NISA, the Hamtramck-based soccer club played in the Midwest Region of the National Premier Soccer League, which is a fourth-tier national amateur league of the American Soccer Pyramid.

Following a Board of Governors meeting, NISA decided to expand to include three new clubs, including DCFC, Chattanooga FC and Oakland Roots SC.

Club co-owner Sean Mann penned a letter thanking the community for all its support.

"Whether you invested in the Keyworth campaign or volunteered to rehab the stadium; whether you keep to yourself on the “family side” or stand on top of the capo stand leading the chants; whether you wore the jersey in front of the most dedicated fans in America, or squeeze into your 2012 replica jersey for match day, you are the most dedicated fans in America and you are responsible for our club’s success," he wrote.

"Saturday night we host Chattanooga FC for the first-ever competitive match between our like-minded, community-based clubs. This match represents the culmination of everything we’ve built together to date, and everything we will build together in the future, as we kick off the club’s biggest chapter yet."

Mann said this next chapter doesn't necessarily mean change -- but rather, growth.

"You won’t see increases in ticket prices, but you will see players that are able to commit full-time to the club and sport, and compensated appropriately for their talents. You won’t see any massive investment in the club from some anonymous overseas investment group, but you will see continual updates and improvements at Keyworth and the Fieldhouse as we strive to build on the best matchday experience in America."

Learn more about DCFC at detcityfc.com.