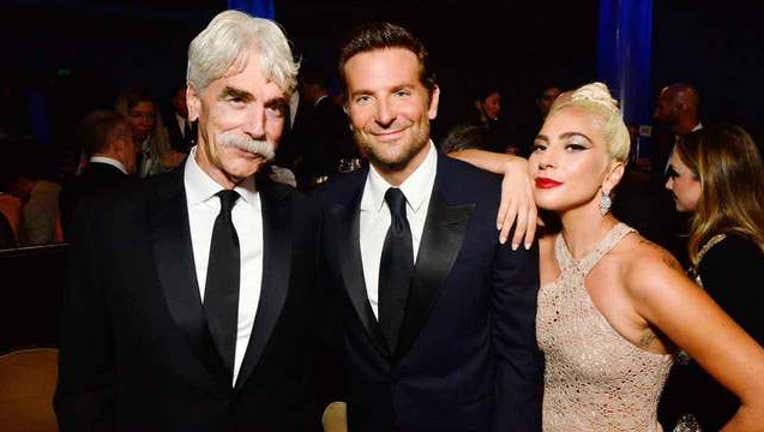 "Vice" topped all contenders Thursday with a surprising six nominations, including best picture, comedy. "A Star Is Born," "Green Book" and "The Favourite" trailed close behind with five nominations each.

While the Hollywood Foreign Press Association, a collection of 88 mostly lesser-known freelance film journalists, is known for its quirkier selections and categorizations ("Get Out" last year slotted in as a comedy), few saw the resounding success of "Vice" coming.

Joining "A Star Is Born" in the best picture, drama, category was: `Black Panther," "BlacKkKlansman," "Bohemian Rhapsody" and "If Beale Street Could Talk." Up for best picture, comedy, alongside "Vice" are "The Favourite," "Green Book," "Mary Poppins Returns" and "Crazy Rich Asians."

The nominees for best animated film were: "Incredibles 2," `'Isle of Dogs," `'Mirai," `'Ralph Breaks the Internet" and `'Spider-Man: Into the Spider-Verse."

The other nominees for best foreign language film were "Capernaum," `'Girl," `'Never Look Away" and `'Shoplifters" -- a field that notably left off one of the year's most acclaimed films: Pawel Pawlikowski's "Cold War."

The ratings for last January's broadcast, hosted by Seth Meyers and graced with an impassioned speech by Oprah Winfrey, dipped 5 percent with approximately 19 million viewers. As the first major award show following the Harvey Weinstein revelations and subsequent launch of the (hash)MeToo movement, the usually more frivolous ceremony had an atypical edge of seriousness. In a demonstration organized by the then-just-founded Time's Up, many women wore black on the red carpet.

Whether this year will return the Globes to their more lighthearted celebrations will rest partly with its unexpected pairing of Andy Samberg and "Killing Eve" star Sandra Oh, who on Thursday was nominated for best actress in a TV series drama. They were announced Wednesday as hosts to the Jan. 6 ceremony, to be broadcast live on NBC.