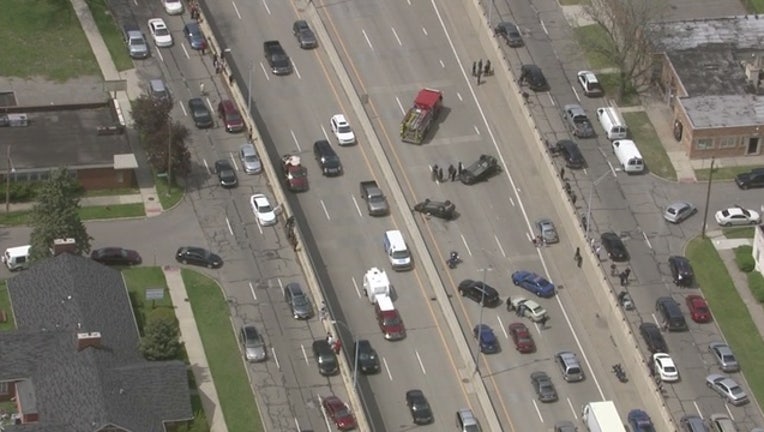 (WJBK) - Northbound M-10 is reopened after being closed at Wyoming on Wednesday afternoon.

MDOT closed the highway after a major rollover crash in Detroit Wednesday around 2:30. About an hour later, the highway had been reopened, in time for the afternoon rush.

According to MSP, it's believed that a domestic dispute in one of the vehicles caused the accident.

As of 2:40 p.m. multiple cars were rolled over in the middle of the Lodge at Wyoming in Detroit.

Officials are recommending drivers use M-8/Davison west to I-96 or east to I-75.

According to Michigan State Police, nobody was injured in the crash.

They say drivers should avoid this area during rush hour.