SALINE, Mich. - A tense exchange took place during a meeting intended to discuss racism in Saline Area Schools on Monday.

Amid the fallout of an incident regarding racist messages shared between students on the high school's football team, the district attempted to rebuild lost unity during the morning meeting.

Dialogue between parents became heated after Adrian Iraola was describing experiences his son had when he attended Saline.

"I remember when I went to his bedroom to say goodnight and he was crying because of the abuse he was enduring at this school system," recounted Iraola.

"Then why didn't you stay in Mexico?" interjected a man from behind Iraola.

Gasps from other people followed the comment, before emotions boiled over.

The district, which is predominately made up of white students, first began addressing the issue of race a week ago after black students on the football team were sent derogatory comments described as racist. Brian Wright says his son was one of the targeted students.

"I said 'why do you want to stay?' he says if I leave then they win, right?" said Brian Wright. "That's showing the courage of the black kids that come to school every day and again we as parents have to figure out how do we show them our support."

Another parent shared a similar story about her daughters from the bus.

"My girls rode the school bus and they were speaking German to each other quietly and children turned around and threw Nazi salutes," she said.

Superintendent Scot Graden sent a letter to parents about the incident Jan. 27. After an investigation, Graden said the words used in the Snapchat messages were "deplorable and we strongly denounce the actions and words of these students."

"I've been in this district for a long time and work hard to try to make sure all of our students have positive experiences and when parents share the negative experiences their children have had at times, it's painful and it truly does motivate me to say 'we can and will do better,'" said Graden on Monday..

Graden said the stories were hard to hear and believed the issues were bigger than just the schools - that it was a community issue. However, not everyone sees it that way.

"You've got black racism all the time. Try being white and walk in a black neighborhood and see what happens. You're complaining about situations and these incidents where somebody made a tweet, but nobody's hurt yet, nobody got hurt that was off-campus." said the man who originally responded to Iraola. He declined to give FOX 2 his name. 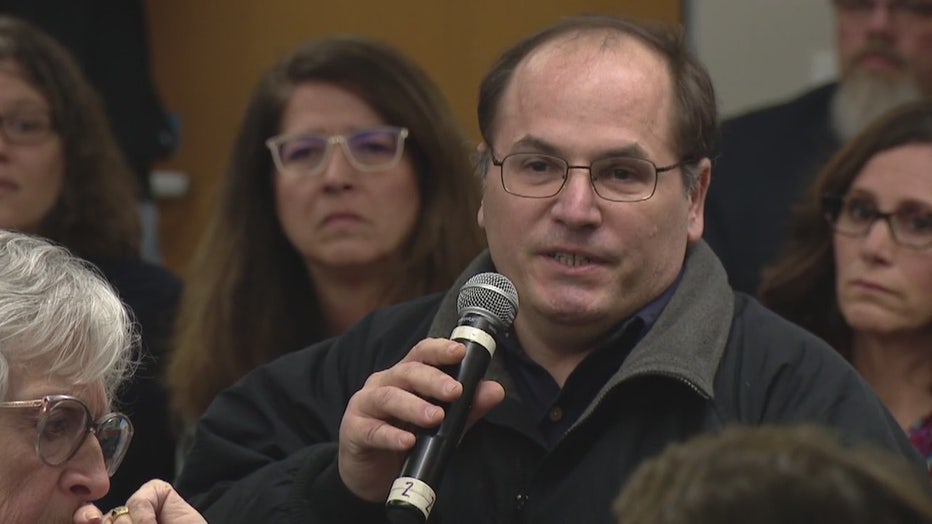 The district already has a Diversity Equity Inclusion Committee. However, Graden said additional steps will be taken to include teacher training to help staff respond immediately - an issue that Wright believes needs a solution soon.

"I don't think that they are fast enough, to be honest with you. I understand the restorative process and I understand DNI training and I think that's good for the long term. In the meantime, you have black kids that are in the schools today and they're being racially harassed and intimidated on a daily basis," said Wright.