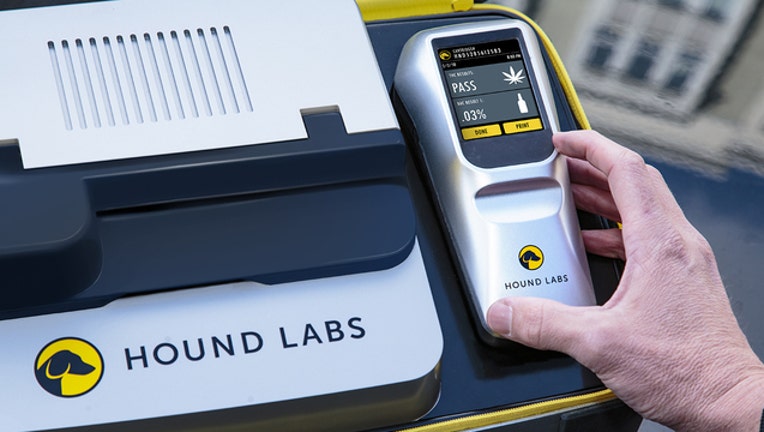 (FOX 2) - With weed legal in Michigan, state and city police officers are increasingly finding THC at the center of impaired driving scenarios and car accidents.

To ease the burden of law enforcement, a company announced plans to sell a weed breathalyzer by winter. So what does Michigan law enforcement think of their new potential toy?

"Not a lot," said Mike Shaw, public information officer with Michigan State Police. "They'll still give you the same field sobriety test as they would with alcohol. With marijuana, your impairment's still going to be the same."

When someone is driving under the influence of alcohol, officers have several tools at their disposal in the game of probable cause. But underlying all of those tools and knowhow is the blood alcohol content level of 8 percent.

More of a symbolic silver bullet, that fine line helps officers judge a person's ability to drive. But that fine line blurs into areas of gray when weed is introduced into the equation. What defines someone "under the influence" of marijuana isn't easy to determine.

So when a startup announced it had raised $30 million in funding for a marijuana breathalyzer, news touting the "world's first" went on a media blitz. The product, created by Oakland-based Hound Labs is said to "confidently determine recent marijuana use," "avoid detecting marijuana use from days earlier," get results in minutes" and "collect samples without touching oral fluid, blood and urine."

For Shaw, a weed breathalyzer means another tool that can be used in investigations and not a wounder invention to lean on.

"If an officer sees some type of impairment - not having your headlights on, not having your turn signal on, making a wide turn, going on a red, stopping on a green - they'll still send you through the same stuff," said Shaw.

Driving under the influence of marijuana isn't a new problem faced by state police. Despite its new legal status in 2018, Shaw said troopers have been seeing numbers of impairment due to weed grow over the last five years.

In 2017, the Michigan legislature commissioned a pilot program that designated officers use an oral fluid analysis kit, which tests saliva. After being tested in five counties around the state, the program was expanded statewide.

"That kit can detect into your saliva. It's just like a preliminary breath test," Shaw said. "It's not legally binding, it's like a polygraph. It's just another layer of probable cause to make an arrest."

Shaw admits there is no line to tell if someone is actively under the influence of marijuana. He said you can't set some amount on it, although other states have tried.

Which is why Shaw said any groundbreaking invention would only become another level of probable cause to make an arrest.