ROMULUS, Mich. (FOX 2) - The outbreak of a deadly virus originating in China may have made its way to metro Detroit.

The State Department of Health and Human Services is investigating three possible cases of the coronavirus, two in Washtenaw County and the other in Macomb.

State officials say all three people are self-isolating.  Their specimens were sent to the Centers for Disease Control and Prevention for testing.

"You get fevers potentially with coughing and other upper respiratory symptoms," said Dr. Christopher Carpenter, Beaumont. "Some patients, unfortunately, get sicker and as noted, we've had people die from this infection as well."

Carpenter is chair of the department of medicine and infectious disease and physician for the Beaumont medical group. He says the virus can cross from animals to humans and then mutate.

"Over the past couple of decades we've had a couple of outbreaks with new versions of this virus," Carpenter said. "The first one being SARS; and more recently we had MERS. This virus we're talking about now is similar to those two in that it actually makes patients more sick with it."

FOX 2 went to Detroit Metropolitan Airport in Romulus and talked with travelers from Beijing about how people there are reacting to the outbreak, which began in the city of Wuhan. That is about 700 miles south of Beijing.

"People are wearing masks and its Chinese New Year time so people try to stay at home," said traveler Fuqin Lee. "(They are) not using public transportation or go to public places and some public gatherings are canceled." 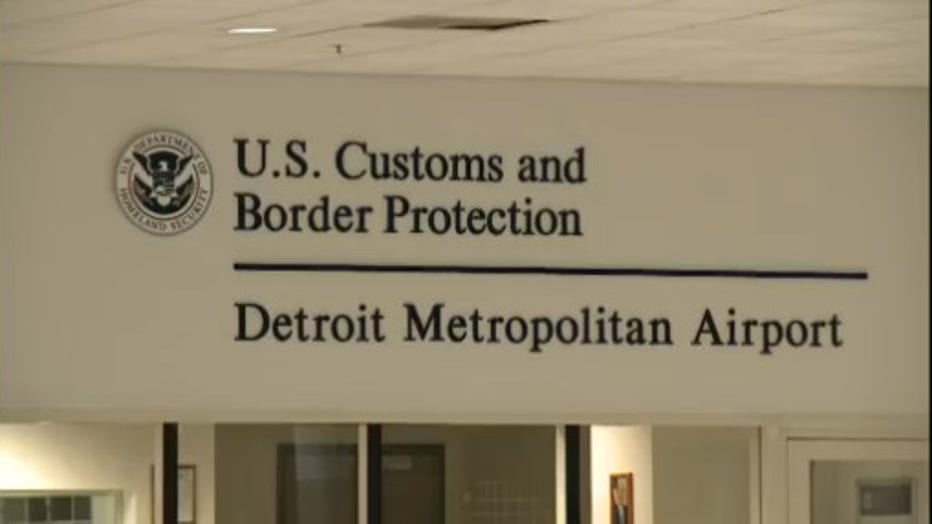 There are more than 850 confirmed cases of the virus worldwide. For now, only two are in the United States.  Special health screenings to identify infected travelers entering the country are in place at five airports. Detroit metro is not one of them.

The US Customs and Border Protection released a statement saying in part:

"Based on current information, the CDC has determined that the novel coronavirus presents a low risk to the American public; however, they are taking proactive preparedness precautions."

And for what it's worth, travelers and airport workers are doing the same. We met Abdul Keyed of Prospect Airport Services

"We've been hearing about the new disease coming from China and we're just trying to prevent it from happening and just being cautious about it," Keyed said.

"I think people need to be aware of it but not panic about it," Carpenter said. "It is a concern but there are a lot of things we get exposed to in life that are concerns. I think people should be worrying more about influenza right now."

There are some steps you can take like staying home, practicing hand washing techniques and if you have to sneeze or cough, cover your mouth.