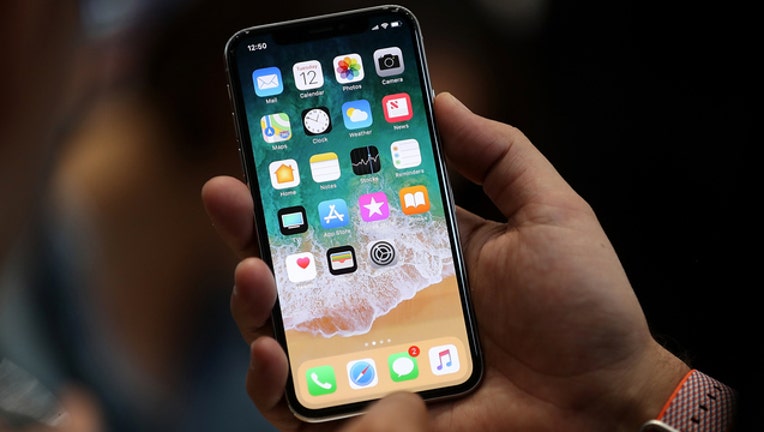 The new iPhone X is displayed during an Apple special event at the Steve Jobs Theatre on the Apple Park campus on September 12, 2017 in Cupertino, California. (Photo by Justin Sullivan/Getty Images)

(FOX NEWS)(fox - A two-year old in China has locked his mom out of her iPhone for 47 years, according to news reports.

Citing the website Kankanews.com, the South China Morning Post reports that the toddler in Shanghai locked his mother's iPhone for 25 million minutes after he repeatedly entered the wrong passcode on the device.

Each time the wrong passcode was entered, the phone was locked for additional periods of time, according to the report.

The mother had given her child the phone to watch educational videos. It's not clear which type of iPhone has been locked.

Replacing iPhone battery: why the process wasn't worth it for me

The woman, who was identified only by her family name of Lu, was reportedly given the option of a factory reset on the phone, which would erase all its data, or waiting for the phone to unlock.

She has waited for two months in the hope that the problem would rectify itself, the report said, but to no avail.

Apple admits iPhones slow down as they get older

"I couldn't really wait for 47 years and tell my grandchild it was your father's mistake," the unfortunate iPhone user is quoted as saying.