A combination of physical activity, not smoking, light alcohol consumption, a good diet and cognitive activities may help lower the risk of the disease by as much as 60 percent, a study found.

Bennett, now 94, began showing symptoms of the disease in 2015 and was diagnosed the following year, the singer's wife and son revealed to AARP The Magazine. The magazine said he endures "increasingly rarer moments of clarity and awareness."

Bennett's Twitter account thanked the magazine for sharing his story, as well as his wife, Susan, and family for their ongoing support.

"Life is a gift — even with Alzheimer's," the tweet said in part.

Despite the diagnosis, the Grammy Award-winning singer continues to rehearse and twice a week goes through his 90-minute set with his longtime pianist, Lee Musiker. The magazine says he sings with perfect pitch and apparent ease.

"He's not the old Tony anymore," his wife, Susan, told the magazine. "But when he sings, he's the old Tony."

Bennett gained his first pop success in the early 1950s and enjoyed a career revival in the 1990s and became popular with younger audiences in part because of an appearance on "MTV Unplugged." He continued recording and touring constantly, and his 2014 collaboration with Lady Gaga, "Tony Bennett & Lady Gaga: Cheek to Cheek," debuted at No. 1 on the Billboard charts.

Gaga and Bennett toured together in 2015 and began recording a follow-up album between 2018 and early 2020 — due to be released in the spring, according to the magazine. 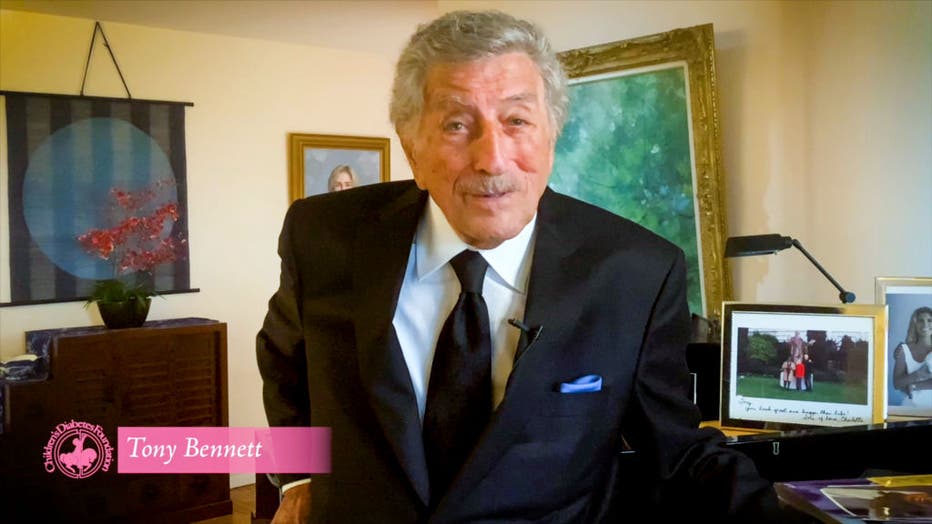 The article references raw documentary footage of the sessions with Bennett and Gaga: "He speaks rarely, and when he does his words are halting; at times, he seems lost and bewildered. Gaga, clearly aware of his condition, keeps her utterances short and simple (as is recommended by experts in the disease when talking to Alzheimer’s patients). ‘You sound so good, Tony,’ she tells him at one point. ‘Thanks,’ is his one-word response."

Alzheimer's disease is the most common form of age-related dementia, slowly destroying memories, thinking skills and, eventually, the ability to do simple tasks. While estimates vary, experts suggests that more than 5 million Americans may have dementia caused by Alzheimer’s — with most of them being age 65 or older.

RELATED: These 5 lifestyle behaviors could decrease your risk of Alzheimer’s by 60%