Going shopping? Here are the major retailers that are requiring customers to wear masks

Amid the rise in COVID-19 cases across the U.S., national retailers have rolled out new policies that will require customers to wear facial coverings while shopping in stores.

Trader Joe's has disclosed the COVID-19 infection rate among its employees, addressing rising concern over a recent survey that revealed a number of grocery store workers at a Boston market had the disease without showing symptoms.

Over the eight months through Oct. 31, Trader Joe's has had 1,250 reported cases among 53,000 staff members. That equates to an infection rate of approximately 2.4%, the company said in its Thursday announcement.

"While we do not know the specific details of other grocers, we believe it is important to our crew members and customers to share and understand what has happened in our stores," the company wrote after the findings were published in Occupational & Environmental Medicine. 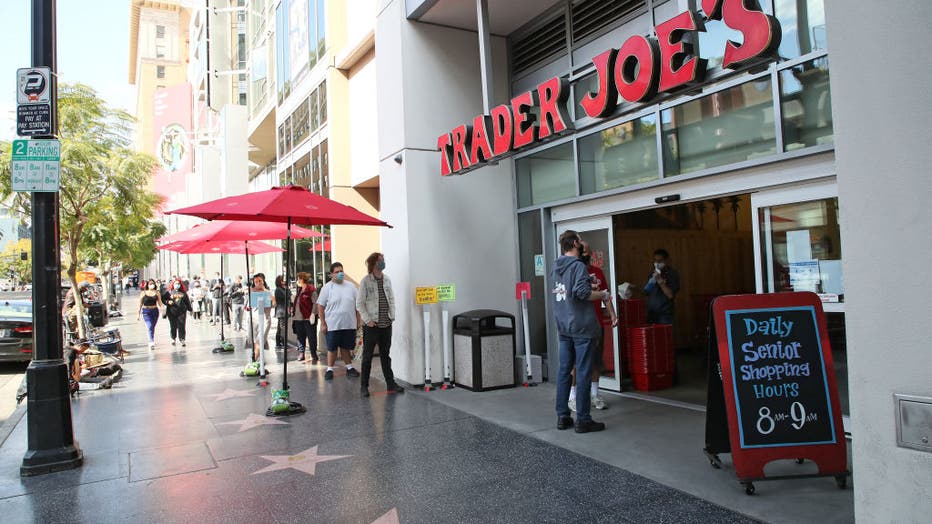 The data follows Amazon's disclosure last month in which the company urged other businesses to become transparent on the pandemic infections among workers.

RELATED: Going shopping? Here are the major retailers that are requiring customers to wear masks

Grocery workers -- who were deemed essential when other businesses were shut down and many Americans were sheltering in place -- have been working since the onset of the pandemic to keep food and other critical goods stocked.

Despite numerous safety procedures implemented to mitigate the spread of the virus, however, many are still at a heightened risk of infection.

However, about 83% of 514 Trader Joe's stores nationwide have had under four reported cases. Some have reported none at all.

The company believes that the figures are "below the average rates of positive cases in each community where we have stores."

Overall, there have been two employee deaths wherein "COVID-19 was suspected to be a contributing factor," Trader Joe's said.

The chain's disclosure comes just days after researchers from Harvard University found that 20% of 104 grocery workers tested positive at a store in Massachusetts, and most didn't even have symptoms. The study's authors noted that the infection rate at the store was “significantly higher than the surrounding communities."

Additionally, those who directly interacted with customers were five times more likely to test positive than their colleagues.

The results were revealed amid widespread fears that another wave of infections will hit as winter encroaches.

To help mitigate consumers' concerns as infections mount with the approach of winter, Trader Joe's says it continues to develop "effective procedures that meet or exceed CDC guidelines."