(FOX 2) - A Trenton man's leisurely drive down I-75 is now one that gave him and his family a new purpose.

Ryan Boik, who says he's an avid hunter, spotted a deer on the side of the road as he passed I-275 on the way home from work. As he was looking he noticed something was moving. Unsure, thinking he may have seen a fawn, he looped back around at the next exit.

A Trenton man who saved a newborn dear after his mother died on the side of I-75 is inspired to now start his own wildlife rescue.

"And when I pulled up next to the deer I noticed there was a fawn still kind of half in the mom," he said.

Waiting for traffic to clear, Ryan rushed out to the deer. He soon realized though that, sadly, she was injured and had died but that her baby was still alive.

"I ran out there and pulled her the rest of the way out. Took my  work shirt off and wrapped her up."

Ryan and his wife, Monica, cleaned the fawn up in their bathtub and although their hearts longed to keep her, the couple called a local wildlife rescue.

"I couldn't not turn around and help. I just did what I thought was right."

Naming her Little Ryan, Outback Wildlife Rehab Center in Monroe took in the fawn. Her back legs are injured but Little Ryan is eager to walk and is eating well.

"She's happy and healthy and just a couple injuries to her legs but she's doing really well." 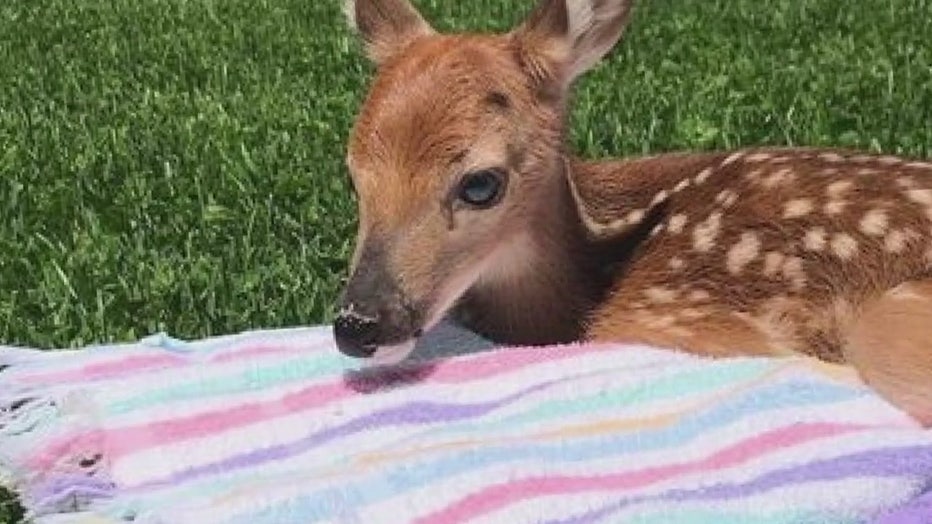 Keeping human contact to a minimum, Ryan and his wife were unable to see the fawn but now plan to open their own certified nonprofit wildlife rescue.

"This whole experience has made us kind of open our eyes a little bit and want to help more."

A GoFundMe has now been set up to help with the costs of permits, licenses and classes. The couple even organized a bottle and can drive to raise money as well.

"What we don't use we're going to donate to the Outback Wildlife Rescue."

Overwhelmed with the outpouring of support so far, Ryan still can't believe how his brief encounter with Little Ryan and that simple drive down I-75 changed his life.

"I guess this is kinda my way of giving back to nature."