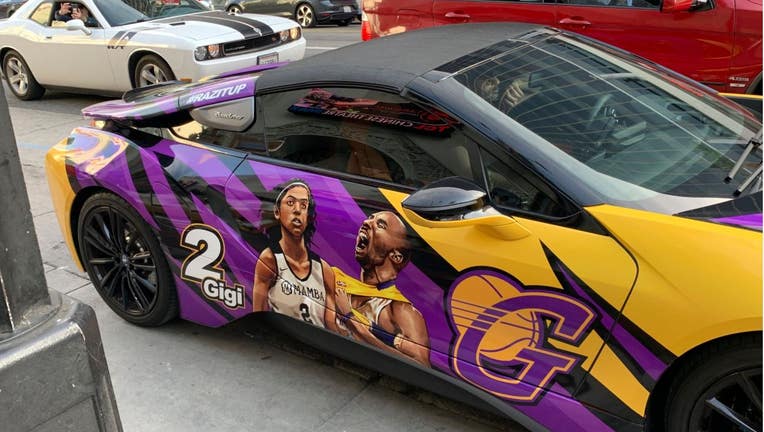 LOS ANGELES - It's been weeks since NBA legend Kobe Bryant and his daughter, Gianna, were killed in a helicopter crash in California, but tributes to the NBA player continue to pour in.

On Saturday, Los Angeles FOX station KTTV obtained photos of a BMW i8 that has been redone in memory of Bryant and Gianna. The car was spotted in the Hollywood area, and it sports the Lakers colors of black, yellow, and purple. The car also featured a painting of Bryant and Gianna, along with words "Black Mamba", which is Bryant's nickname.

The car's new paint job also sports Bryant's jersey, along with a jersey that sports the number Gianna wore during her basketball career.

A memorial service is scheduled to take place on February 24.