TROY, Mich. - A man was arrested for reckless driving after Troy Police caught him going 130 mph in a Tesla he had taken out on a short test drive.

Earlier January, Jordan Szliga was granted permission by employees at the Somerset Mall in Troy to take a red Tesla S for a drive. After waiting more than an hour for Szliga to return the borrowed vehicle, they accessed the sedan's in-house GPS to find the car.

"And that showed it up in Waterford," said Lt. Josh Jones of Troy Police.

As employees pondered the location of their car, Szliga was Facebook Livestreaming his joyride. His viewing party was treated to many notable statements such as:

That last quote is important because it was "so fast." Fast enough that it would eventually catch the eyes of Troy Police.

"As they (somerset employees) watched on the GPS they saw the vehicle go between 120 and 130 miles an hour southbound on I-75," said Jones.

Law enforcement tracked his car going that speed for miles. In between the speeding was some reckless driving.

After police caught up with Szliga, they arrested him near Big Beaver. After refusing to show his ID and not cooperating with the police, he landed in the back of a squad car. Now seen in a different vehicle on a different camera, Szliga was informing his arresting officers of his thoughts on their decision.

"He was extremely belligerent, just obviously in a bad place," said Jones.

Even after he was placed in a seat inside the Troy Police Department, Szliga continued to tell officers his thoughts. 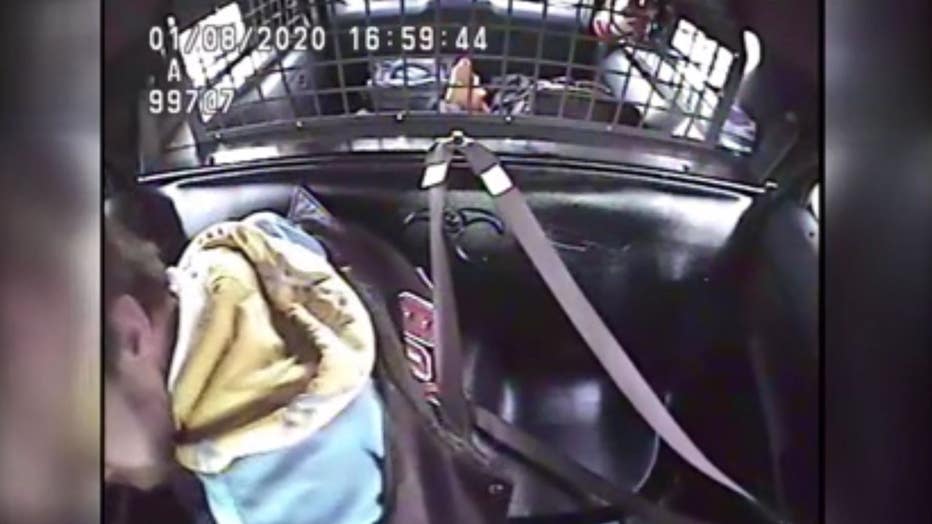 Szliga was charged with reckless driving and resisting arrest. As it turns out, he has a colorful history with law enforcement. He's currently on probation for assaulting a police officer and destroying police property. In 2014, he was also charged for assaulting officers.

If anyone was wondering, Szliga was not intoxicated during his joyride.

"I think this just boils down to not a bunch of intoxication or drug use, just bad choices," said Jones.