After saying he wanted stimulus negotiations to end. A new tweet from the president tonight.

WASHINGTON - President Trump on Tuesday said he would sign off on specific coronavirus relief measures aimed at helping the airlines and small businesses.

"The House & Senate should IMMEDIATELY Approve 25 Billion Dollars for Airline Payroll Support, & 135 Billion Dollars for Paycheck Protection Program for Small Business. Both of these will be fully paid for with unused funds from the Cares Act. Have this money. I will sign now!" Trump wrote on Twitter.

The decision comes just hours after Trump said he was cutting off talks with Democrats over a new economic aid package until after the Nov. 3 election. 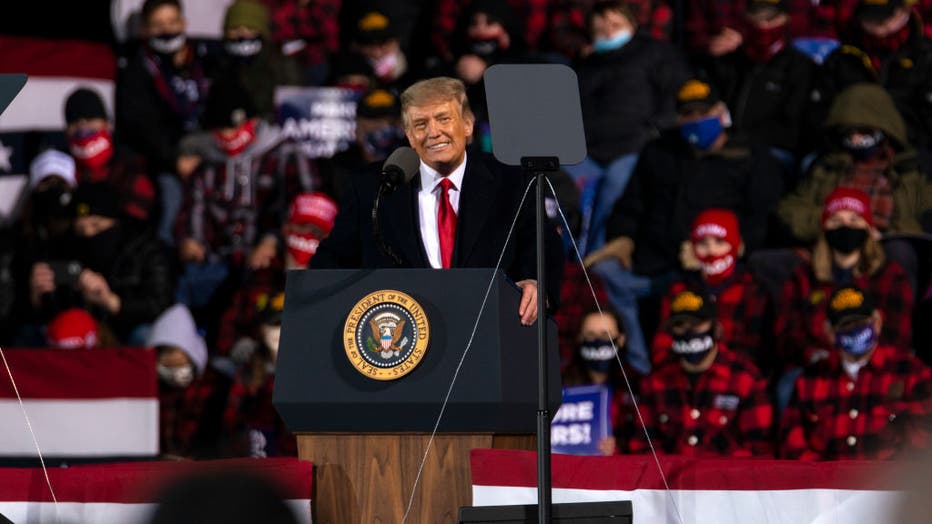 President Donald Trump speaks during a campaign rally at the Duluth International Airport on Sept. 30, 2020 in Duluth, Minnesota. (Photo by Stephen Maturen/Getty Images)

His comments also came after Federal Reserve Chairman Jerome Powell had reiterated the need for more stimulus while warning of major risks to the economy without it.

"The recovery will be stronger and move faster if monetary policy and fiscal policy continue to work side by side to provide support to the economy until it is clearly out of the woods," he said during remarks before the National Association of Business Economists.

Trump later tweeted that he would sign a 'stand-alone' bill for stimulus checks.

"If I am sent a Stand Alone Bill for Stimulus Checks ($1,200), they will go out to our great people IMMEDIATELY. I am ready to sign right now. Are you listening Nancy?" he wrote.

Fox Business's Chris Ciaccia contributed to this report. Get updates on this story from foxbusiness.com.