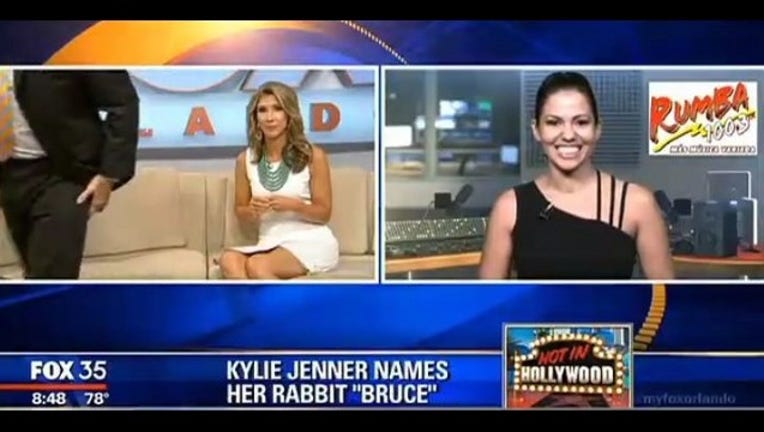 (WJBK) - An morning anchor at our sister station has had ENOUGH with all the news stories about the Kardashians. John Brown, a morning anchor at FOX 35 in Orlando, walked off the set Friday in protest of the show's coverage of the reality show family.

"I am having a good Friday, so I refuse to talk about the Kardashians today. You are on your own, Amy," the co-host of "Good Day Orlando" said on the air as he walked out of frame. "I've had enough Kardashians. I can't take anymore Kardashian stories on this show."

The rant continued off camera:

"I'm sick of this family. It's a non-story!" Brown shouted. "We're talking about the family every freakin' day on this show. Nobody cares about this family anymore!"

Brown later posted the video on his Facebook page apologizing for losing it: "Sorry, I lost my mind a bit, although it was partially in jest! I did feel better though after I was done."

While his co-host Amy Kaufeldt didn't seem too amused, he received a ton of support in the comment section of his video and on Twitter. The story was about Kylie getting a rabbit and naming it Bruce.