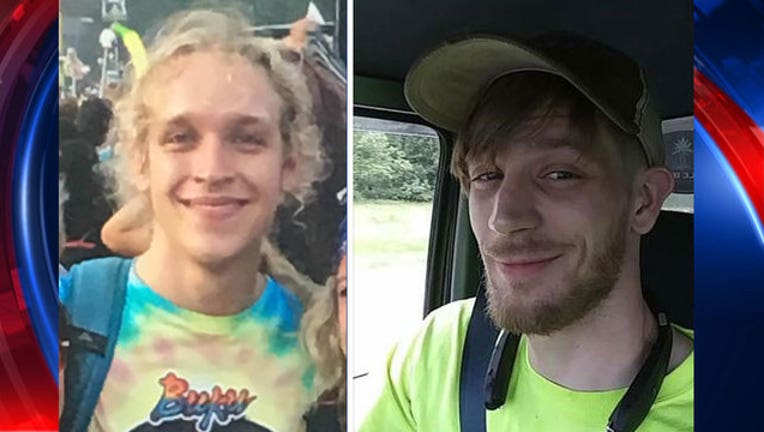 Zach Greeson, 21, and Kevin Graves, 28, both haven't been seen since the second weekend of the festival in Rothbury, Mich.

Graves' family says he hasn't been seen since that Sunday evening, after he got into a fight with his girlfriend. Last week, his family said they're offering a $10,000 reward for information.

He is 6 feet tall, weighs 185 lbs, and has blue eyes, sandy blonde hair and a "USMC" tattoo on his left shoulder.

Graves is from Highland Township. The Oakland County Sheriff's Department is investigating, along with Michigan State Police.

The other missing person, Greeson, went missing on June 30, 2018. He is originally from Athens, Ala.

Greeson is 5 feet 6 inches tall, weighs 135 lbs. and has curly strawberry blonde hair and blue eyes. He has a septum and nostril piercing, a tattoo that says "slut" on his upper right shoulder and a cat whisker tattoo on his right index finger.

If you have information about either missing person, you're asked to call the Michigan State Police Hart Post at 231-873-2171.

Electric Forest is an annual music festival in Rothbury, Mich., which is about 25 miles north of Muskegon. Thousands of people attend every year.