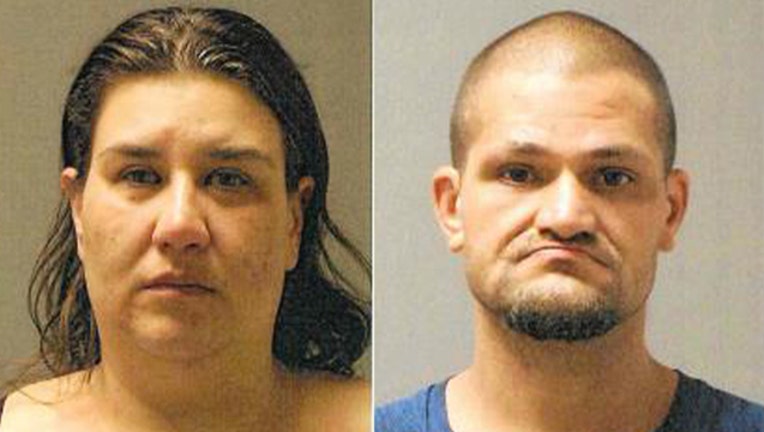 (FOX 2) - After almost a month, two suspects are in custody for the theft of a 79-year-old woman's purse.

Timothy Allen Hall, 36, and Lindsey Michele Johnson, 36, were both charged with one count of unarmed robbery, a 15-year felony.

The arrests stem from an incident in late June when Angela Vassallo was shopping at a Woodhaven strip mall around 1:30 p.m.. While in the parking lot, a man, described as mid-30s and white darted toward her and she froze. There was a struggle over the purse when he reached for it and she fought back.

It wouldn't be enough however, as Vassallo was thrown to the ground and the man ran away with her purse. Police believed he hopped in a newer model Ford Escape to escape. They would later find Vassallo's belongings in Trenton.

On July 18, Woodhaven police received a tip that the suspects they were after were in custody at the Wyandotte Police Department. Detectives interviewed both Hall and Johnson, each who confessed to the crime.

They said their addiction to narcotics was the reason for the theft.

Both were charged as habitual offenders - Hall given a fourth offender notice and Johnsons a second offense notice.