ANN ARBOR, Mich. (FOX 2) - Last week a mock funeral was held in protest of in-person learning at the University of Michigan orchestrated by graduate student instructors. This week, they are on strike.

"We had an overwhelming response on the vote to strike with 80 percent moving to strike," said Amir Fleischmann.

Amir Fleischmann says there are more than 1,000 members of the Graduate Employees Organization that will strike starting tomorrow for four days.

Fleischmann says there are more than 1,000 members of the Graduate Employees Organization that will strike starting tomorrow for four days.

"There is no way the university can control what people are doing outside of class," he said. "Whether a person wears a mask in my class who knows what they were doing 10 minutes ago."

A spokesperson with U-M says that for now, almost all classes are virtual, with only a handful in person and those classes are mostly labs, that can't be done by Zoom - but class size is kept small.

The union repping the graduate student instructors is wrapping in other demands of the university too - including a defunding of campus police.

"We are asking for 50 percent of the DPSS budget to be reallocated towards other community programs and just to support our most vulnerable students," Fleischmann said.

If the four days are up - and demands aren't met, the union has a meeting already scheduled Friday to see if they'll continue striking. 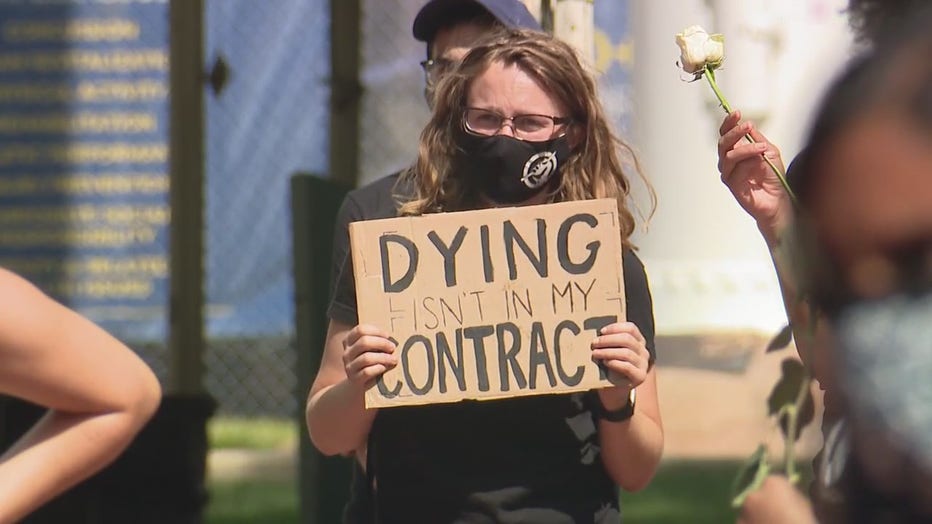