ST. CLAIR COUNTY, Mich. - The U.S. Coast Guard has deployed two icebreaking ships to clear out blockages on a southeast Michigan water body after flooding threatened to deluge part of the coastline.

Several cities adjacent to the St. Clair River were under a flood warning Tuesday night and Wednesday morning due to ice jams in the area.

Canada, US work together to clear ice on St. Clair River and stop flooding

The United States and Canadian Coast Guards are working together to break up the ice along the St. Clair River that's causing major flooding for miles along the water.

The ships, serviced by both the U.S. and Canada were out last night and plan to be again this morning.

LTJG Jeremiah Schiessel said Tuesday the Coast Guard had received numerous calls about flooding along the river and urged residents concerned for their safety to contact their local emergency managers.

Those officials would process reports with the U.S. Army Corps of Engineers and the Coast Guard about how best to navigate the safety threats.

Cities Marysville, Marine City, St. Clair, and Algonac were all under flood warnings last night. Observations of water levels from the National Oceanic and Atmospheric Administration reported water levels climbing at least a foot and a half over a day in Algonac.

Despite the problems caused by ice chunks on the river, officials have been adamant about residents avoiding bodies of water that appear frozen. Already six snowmobiles have gone underwater after driving over weakened ice. 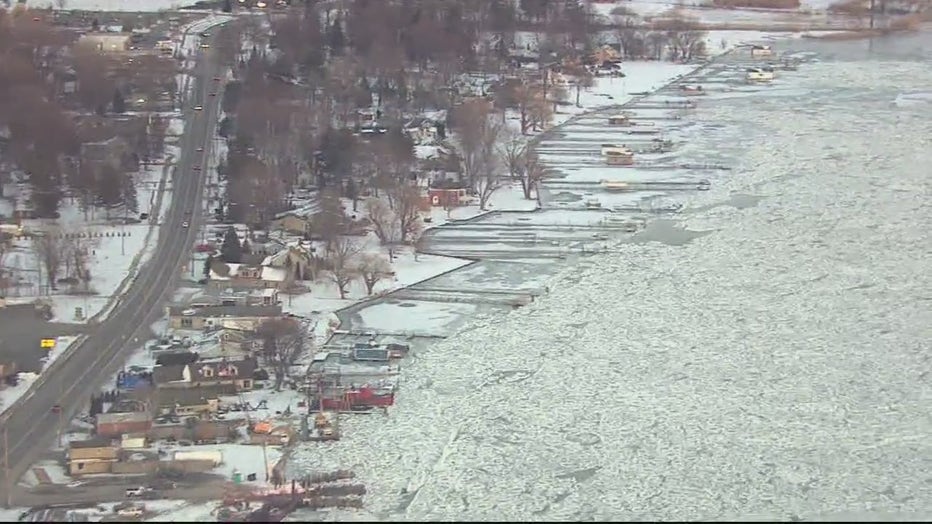