DETROIT - As a widening corruption by the FBI continues to ensnare more top brass of the UAW, its president is taking a leave of absence.

Confirmed by the UAW in a news release Saturday morning, Gary Jones said he didn't want to distract other members as it continues to negotiate with automakers. 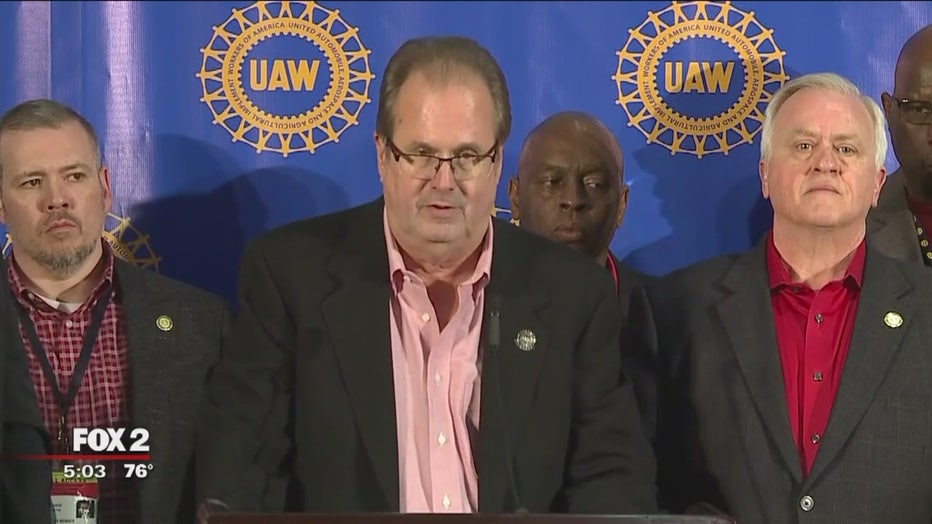 “The UAW is fighting tooth and nail to ensure our members have a brighter future. I do not want anything to distract from the mission. I want to do what’s best for the members of this great union,” said Jones.

The leave begins on Monday, Nov. 3, following an executive board vote. Rory Gamble, a vice president who works with Ford will serve as the acting president until later notice. Gamble just recently scored a victory last week when top members from the UAW approved a new deal struck with Ford, the second of the three major car companies to negotiate with the labor union.

“Together throughout the last few months, we’ve achieved substantial victories for UAW members and we know that we have more work to do. We want better health care coverage, better salaries, and respect for our work. That will not change.”

Earlier this week, a 12th man was indicted on corruption charges as a federal investigation continues to expand into accusations of embezzling union dues and conspiracy to defraud the U.S.. Edward Robinson, the 72-year-old president of the United Automobile Workers Midwest Community Action Program was listed along with five unnamed individuals in the indictment on Thursday.

The money that was embezzled, estimated at $700,000 was used to buy high-end liquor, golf apparel, cigars, wine and other "lavish expenses at the direction of and for senior UAW officials."