Universal hits capacity 10 minutes after opening as crowds pack in

Just ten minutes after opening, Universal Orlando Resort said that they hit capacity at both of their parks.

ORLANDO, Fla. - Despite being in the middle of a pandemic, theme parks are seeing a sudden surge.

For example, Rachel Turner captured this shot outside of the park on Tuesday morning, Universal Orlando Resort hit capacity less than an hour after opening at 8 a.m.

"By the time we walked up to Islands of Adventure, which is supposed to open at 8 a.m. We walked up at about 8:15 or 8:20 and they were already at capacity and we could not get in," Lisa Nathan told FOX 35. She is visiting with her family from Michigan. "As far as you could see, there were people in a standby line. It was unbelievable."

MORE NEWS: $600 stimulus begins to hit bank accounts, how to track yours

Universal Orlando Resort warns on its website that they could reach capacity on weekends and holidays in December. They confirmed to us that they are doing the best they can during the busy holiday period and ask that guests remain patient and understanding.

Then on Wednesday, traffic cameras captured huge lines just after 7:30 a.m. outside of the parking garage at the parks. 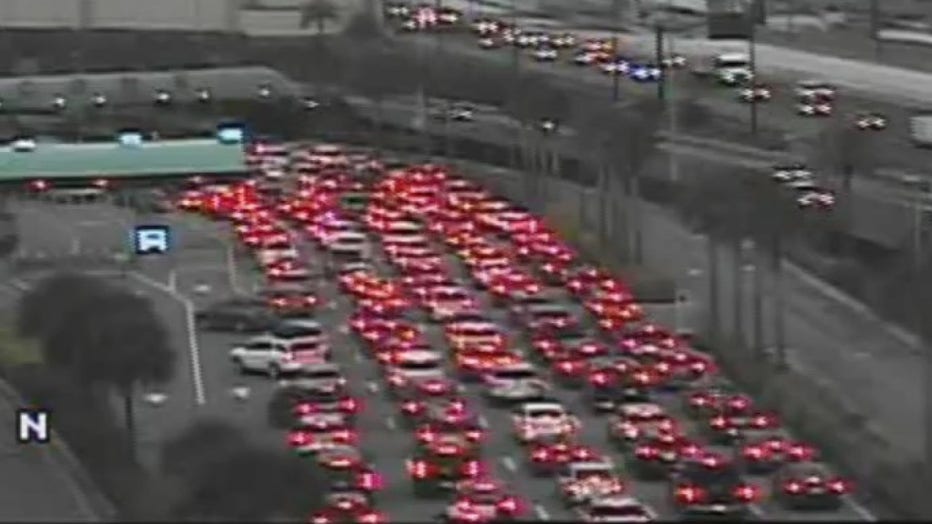 Universal Orlando Resort tweeted that they hit capacity at both of their parks by 8:10 a.m. They anticipate reopening later this afternoon.

It appears some parkgoers were let in early, as lines for the Spider-Man attraction at Islands of Adventure were lengthy by 7:50 a.m.

At the other park, Universal Studios, crowds were just as congested.