"We are all concerned for those afflicted with COVID 19.  Yes, many of the personal behaviors we have been reminded to use are good practices.  Wash your hands. Cover your cough. Stay home if you are sick," read a note on the MCC's website. "That said,  Michiganders are fed up!" 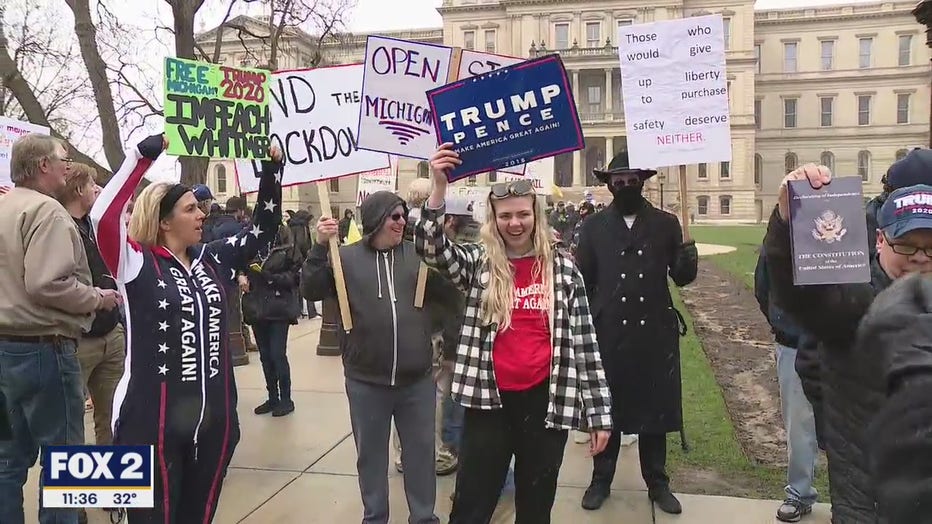 The protest was supposed to start at noon but people were already packing the roads by 9 a.m. and hundreds of people were standing in front of the Capitol and not social distancing, despite the Facebook event page requesting they stay in their cars. More drivers were jammed on Capitol Ave, where the one-way three-lane road was bumper to bumper for several miles north of the Capitol.

FOX 2's Charlie Langton was social distancing among the crowd who told them they were not social distancing because it was their right not to do so but they understand the health crisis. They said they wish Gov. Whitmer had more faith in them not to get infected.

Organizers say they want to create a traffic jam in Lansing calling it Operation Gridlock as a show of protest against the Michigan Governor's shelter-in-place law they say violates their rights to associate with friends and family.