A small plane made an emergency landing on US-10 in Evart, Michigan this week. On Sept. 29, drivers in the west-central part of the state saw a crazy sight when a plane experiencing technical difficulties had to land a small aircraft on the highway. Video from Kamrin Grien via Storyful.

EVART, Mich. - Video taken from a driver in west Michigan caught a small aircraft landing on a highway as cars sped down the road.

A clip from a man on his way home filmed the moment a plane made an emergency landing on the US-10 Highway in Evart, which is west of Clare and just east of Reed City.

According to the Osceola County Sheriff's Office, two men in the plane were forced to land it after experiencing technical difficulties, Storyful reported.

The landing happened on Sept. 29.

Several units were dispatched to the area to escort the plane to a gravel pit run by the county's road commission. 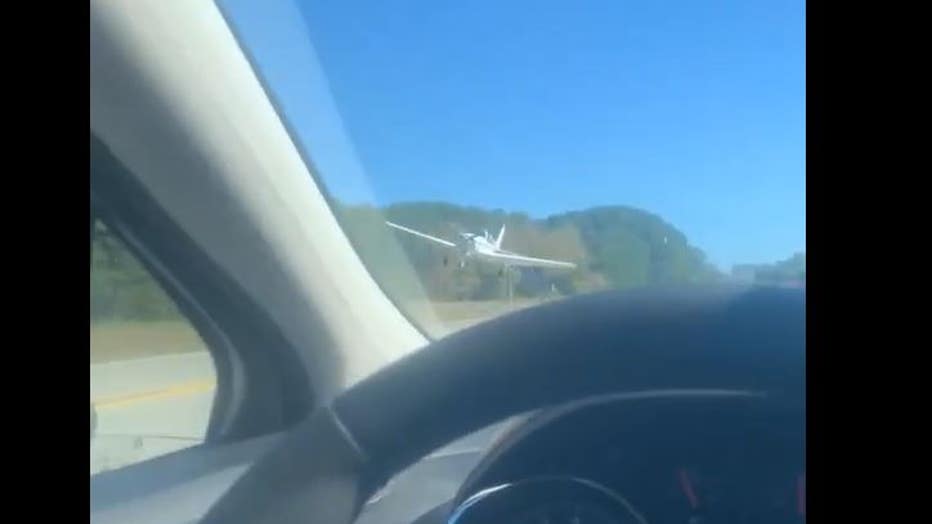