SOUTHFIELD, Mich. (FOX 2) - Southfield police video shows the end of a high speed chase of a carjacking suspect out of Ferndale with the suspect in handcuffs.

Ferndale police say a 17-year-old man walked up to a 62-year-old man Wednesday morning after he pulled into a Shell gas station.
After holding him at gunpoint the teen was seen on surveillance video taking off in his green truck.

Hitting speeds of over 70 miles per hour on Seven Mile Road, the teen was seen weaving through traffic and construction areas. Police finally were able to stop him at Seven Mile and Outer Drive.

"Often times due to the three major freeways that pass through the city of Southfield, those are used as avenues of escape," Southfield Police Chief Elvin Barren said.

Catching up to the green truck - the officer attempting to pull the teen over, but the suspected carjacker kept going, leading police off of the highway - and then back on, going south.

"That pursuit took us into the city of Detroit where the suspect continued to refuse to stop the vehicle," Barren said.

Hitting speeds of over 70 miles per hour on Seven Mile Road, the teen was seen weaving through traffic and construction areas. Police finally were able to stop him at Seven Mile and Outer Drive. 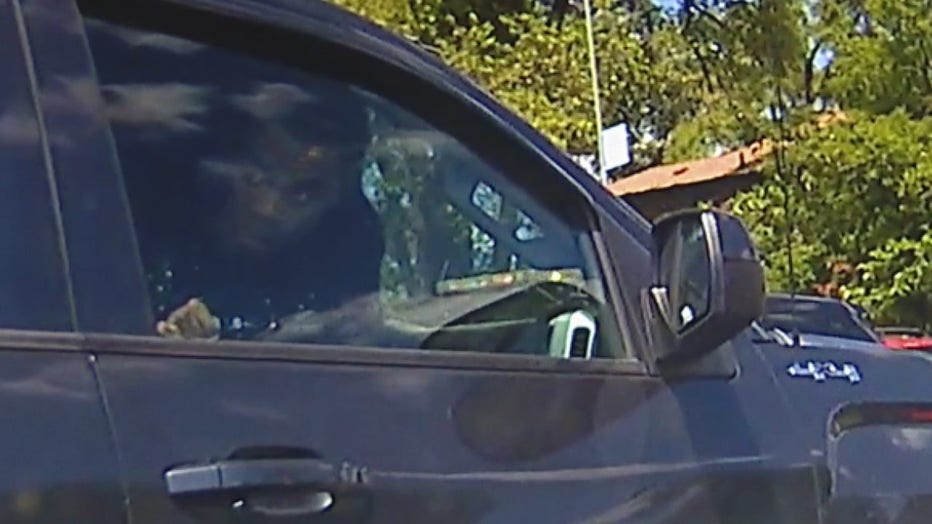 "The moment came when the individual tried to make that turn and the officers were able to strike the rear of the vehicle and then pin it in," Barren said.

The driver still refused to get out or surrender. Cops broke the passenger side window and quickly pulled him out and arrested him.

He was given to Ferndale police where he is expected to face several charges including carjacking - and here in Southfield: fleeing police, resisting arrest and receiving and concealing stolen property.

"No injuries to the officers, to the community or even the suspect," Barren said.