The pair were just four gates down from a TSA checkpoint when they started fighting earlier this month. The video shows the fight going on for about a minute before other passengers finally step in to break up the beatdown.

A spokesperson for the airport said an issue on a flight led to the fight once the plane landed.

Airport officials said a suspect was cited for assault in connection with the fight but they did not specify which person in the video was the suspect. 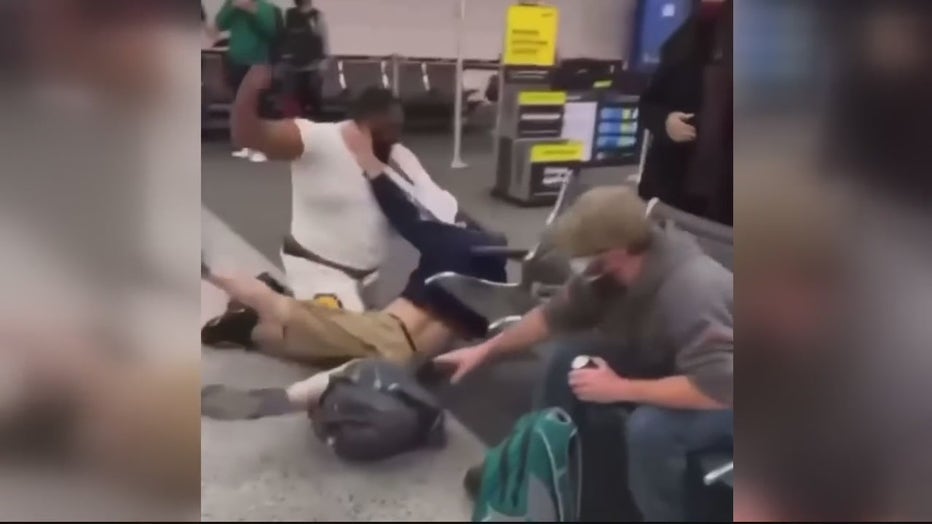 This incident is the second time a fight in the airport's North Terminal has been caught on camera. Spirit Airlines passengers attacked employees in January because they were upset that they needed to verify their bag sizes. That incident led to one employee being hospitalized.

Two similar fights between Spirit Airlines passengers were recently captured on video in Florida. FOX 2 reached out to Spirit for comment but has not heard back yet.