An Army identification tag lost by an American soldier when he was wounded by a grenade blast in Vietnam was returned Wednesday to his widow after it was found by an American traveling in Russia.

Gov. Doug Burgum presented the tag -- referred to as dog tags -- to Ruth Hepper, of Bismarck, N.D. Her husband, Ronald Hepper, 58, died in 2007, Burgum's office said in a news release.

"We are eternally grateful for the courageous service and sacrifices made by Ron Hepper and all North Dakotans who proudly served their country in the Vietnam War, as well as their families, especially those whose loved ones never came home,” Burgum said. “While we wish we were able to return these tags to Ron himself, we are thankful for the opportunity and tremendous honor to present this keepsake to Ruth on behalf of a grateful state and nation.” 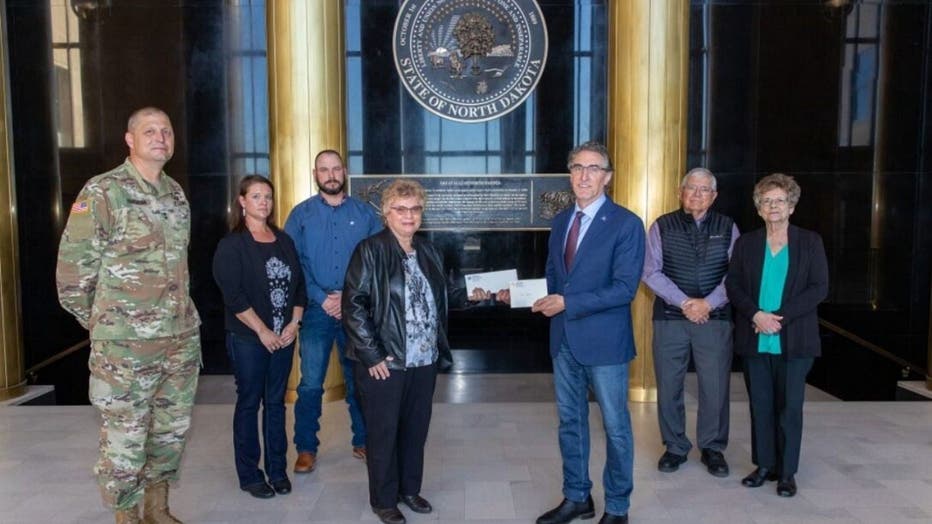 Hepper, nicknamed "Cowboy" by his fellow soldiers, voluntarily enlisted in the Army in 1967 after graduating high school and served in the 196th Light Infantry Brigade. He had been in Vietnam a few months on June 11, 1969 when he was injured by a hand grenade. The blast blew off his boots where he placed a set of dog tags.

Afterward, he woke up in a hospital without his boots or tags. He spent three months in an amputee ward but doctors were able to save his legs, which were filled with shrapnel. He was awarded the Purple Heart and returned home to Isabel, S.D., after his military service.

Hepper and his wife moved to Bismarck a few months before his death to be closer to relatives.

An American came upon the tag while traveling in Russia, the release said. It did not specify when it was discovered. The person purchased the tag from a vendor in Moscow and delivered it to the American Embassy, which forwarded it to the Department of Veterans Affairs in Washington, D.C.

“VA records reflect that Mr. Hepper served with great distinction and sacrifice during the Vietnam War," VA Asst. Secretary James Hutton wrote in a letter to Ruth Hepper. "The opportunity to return the tag is extremely meaningful as VA and the Department of Defense are currently honoring the heroes of Vietnam Era Veterans and their families.” 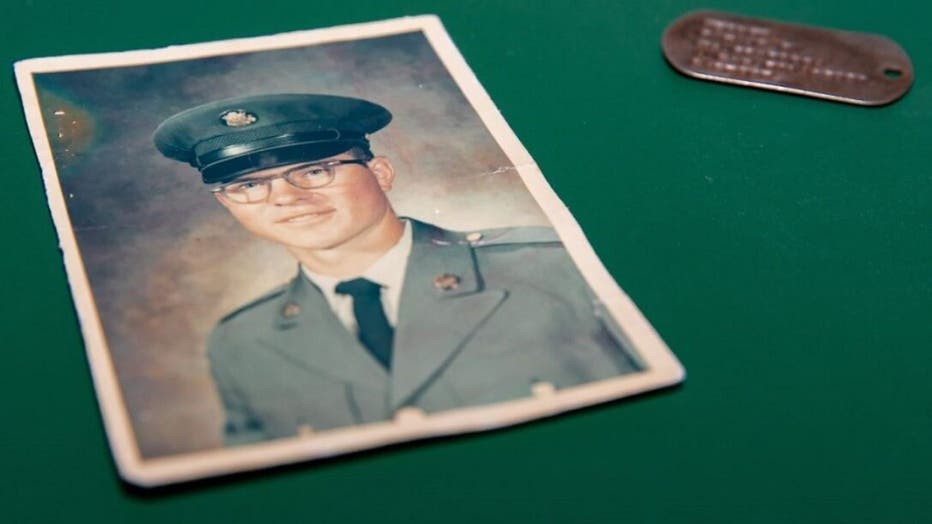 A photo of Ron Hepper and his military ID tag. North Dakota Gov. Doug Burgum presented his widow with the tags Wednesday at the Capitol in Bismarck. Hepper was injured in 1969 by a grenade blast in Vietnam when he lost his boots, where he placed the

It was unclear how the tag ended up in Russia but Ruth Hepper has a theory. She believes Russian soldiers fighting alongside the North Vietnamese military may have collected them. American military artifacts were sought in Russia and China after the Cold War, the news release said.