Maltese lives on a fixed income and cannot get credit after filing for bankruptcy opened up.

Viewers come to the rescue for woman with leaking roof

Karin Maltese lives on a fixed income and can't get credit after filing for bankruptcy opened up.

Last week she shared her story about why she is afraid to have her grandchildren come to her home for a visit, saying she was afraid her roof was going to cave in.

One week after sharing her heartfelt story, FOX 2 viewers are coming to Maltese's rescue showing the world what is possible when a village of people get involved to help.

"I reached out to her, and I was able to get in touch with her that night,” said Larry Shaw, president, Exterior Renovations

"I prayed for a long time to get the help they volunteered showed up and went right to work," she said.

That is because when Exterior Renovations did an assessment they knew they had to act fast.

"She had rotted wood in multiple places, you would almost step through if you put too much weight on it,"  Shaw said.

But water coming through her ceiling was not the only issue.

"Upon further inspection, we noticed that she had a bad chimney," Shaw said. That when this village of support grew to include another contractor.

"Some of the issues she was having with water coming into her house, was in part due to the cap and crown that was on that chimney," said Jonathon Giangrosso, from All Brick Design. "So we did a seven-course rebuild."

"We're going to donate the roof, the installation and we're going to install a new gutter system," said Shaw. "Our friends at Certainty said right away they would donate the shingles. She's going to have the best of the best."

"I know I'd never be able to afford the roof," she said.

Thanks to all the work, being done Maltese will not have a problem rolling out the red carpet for her grandchildren.

"Total happiness," she said. "I'd like to say thank you so much to all the Fox2 viewers who contacted me. And then to these guys, I will never be able to thank them enough." 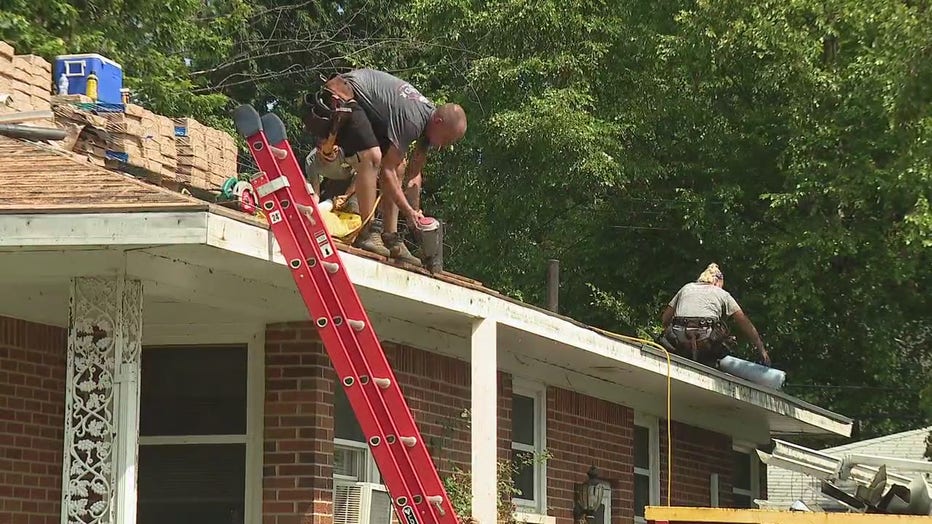