DETROIT (FOX 2) - Funeral arrangements and a vigil have been announced for Officer Rasheen McClain, the Detroit Police officer who was killed in the line of duty Wednesday.

A vigil for Officer McClain will be held Monday, November 25 at 5:30 p.m. in the west lot of the 12th Precinct, which is on 7 Mile Road, just west of Woodward Avenue. Members of the public are welcome to attend.

Visitation for Officer McClain will be held on Wednesday, December 4 and Thursday, December 5 at the Fisher Funeral home in Redford from 3 p.m. to 8 p.m.

The funeral service will be held on Friday, December 6 at Greater Grace Temple on 7 Mile Rd. in Detroit. The service will begin at 11 a.m., preceeded by family hour from at 10 a.m. 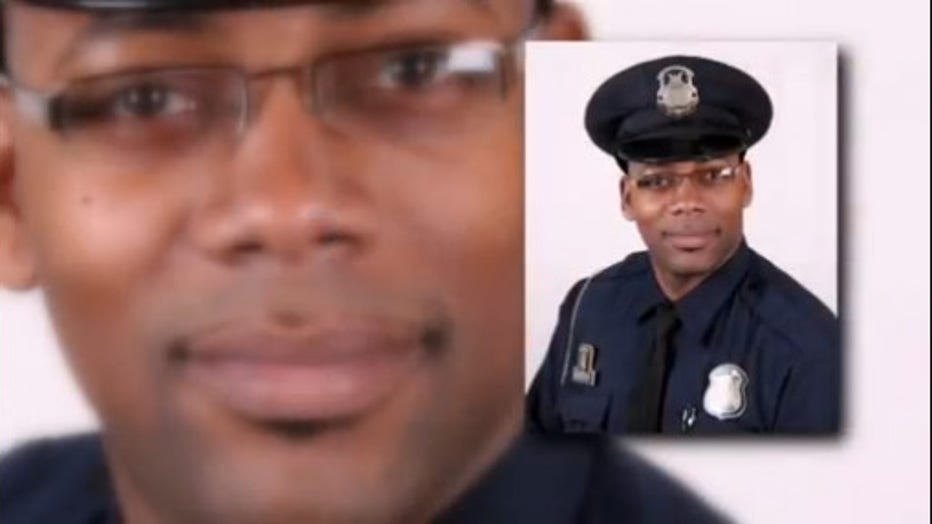 McClain was killed Wednesday while responding to a call to Wyoming near Chippewa with his partner Officer Phillippe Batoum-Bisse who was also shot and injured.

When the officers arrived on scene, they were told there was a suspect inside armed with a long rifle or a gun. McClain, a 16-year veteran, called for backup and he took charge.

Chief James Craig said he believes the 28-year-old suspect wanted to die at the hands of police.