He was shot outside the Last Call Bar in Eastpointe last weekend, with five other people. Jared was on life support for days, but sadly died.

His friend since elementary school, Bethany Vandevoree, organizing the vigil.

She was one of dozens and dozens of people who called Jared a friend.

“I was very devastated when I found out all of this happened I just thought why him?” Vandevoree said.

He had Williams Syndrome, a developmental issue with physical and cognitive affects - it makes him always happy.

“He would always give you a hug whenever you needed it and he was a friend to everybody no matter what,” Vandevoree said.

Jared was trying to help a friend mixed up in a fight when he was shot.

Lenny Whitfield, 47, allegedly started firing shots in the parking lot after getting thrown out of the bar for creating the chaos.

Eastpointe Police are still looking for a possible accomplice. Hiss street name is Teenie, and they're looking for tips.

But at the vigil, they even said a prayer for the suspects.

His friends will say - such a horrid act against such an innocent person.

“He was a hero to all of us,” Vandervoree said. 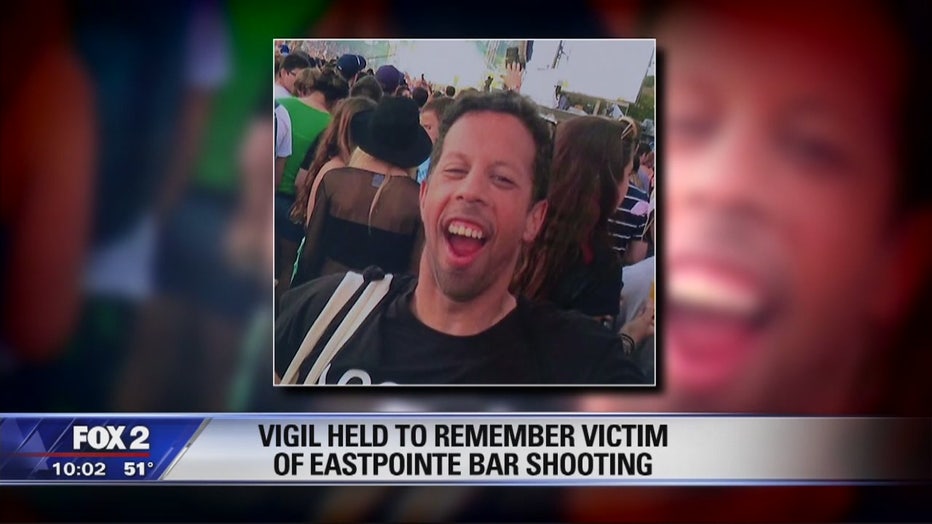