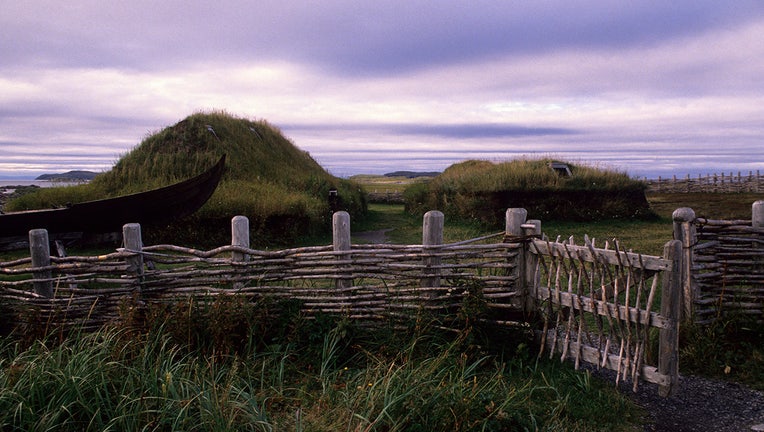 NEWFOUNDLAND, Canada - Scientists have known for many years that Vikings — the first Europeans to arrive in North America — settled on Canada’s northern tip of Newfoundland.

However, it has thus far not been possible to determine when this activity took place until recently.

Now, researchers believe the site, known as L’Anse aux Meadows, was occupied by Vikings exactly 1,000 years ago, according to a new study published Wednesday.

The study, published in Nature, is new evidence that the Vikings were present in Newfoundland in AD 1021.

"Our new date lays down a marker for European cognisance of the Americas, and represents the first known point at which humans encircled the globe," the study authors wrote.

Orionid Meteor Trails Over Midwest Sky Ahead of Shower's Peak

RELATED: Orionid meteor shower 2021 to peak this week — along with full moon

Researchers analyzed transversal and radial sections of wood for tree-ring samples, which indicated a spike in a naturally radioactive form of carbon detected in ancient pieces of wood from the site.

This became the scientific key to the exact date that the Norse were.

"This date offers a secure juncture for late Viking chronology," the study authors continued. "Together with other cosmic-ray events, this distinctive feature will allow for the exact dating of many other archaeological and environmental contexts."

It’s uncertain whether the 1021 date is near the beginning or end of the Viking occupation, but further research of other wood samples could help identify more dates.

Carbon dating is a method that provides objective age estimates for carbon-based materials that originated from living organisms. Researchers use data from tree rings, sediment layers and other samples to calibrate the carbon dating process.

The latest study also overcome the imprecision of previous age estimates by making use of the cosmic-ray-induced upsurge in atmospheric radiocarbon concentrations.