WARREN, Mich. - An elderly Warren man was arraigned in the murder of his upstairs neighbor on Monday.

"Officers arrived and observed a white male, Richard Maska, standing by the south porch of 31626 Schoenherr, motioning officers inside," said a prosecutor during Maska's arraignment. "Maska was wearing shooting ear muffs and a dust mask. Officers then observed a female Cindy Poff lying face down in the common area between the first-floor apartments."

An elderly man was arraigned in court after he allegedly shot and killed his upstairs neighbor, believing that she was poisoning him with Draino.

The murder took place Sunday morning. Maska believed that Poff was somehow trying to poison his food from her upstairs apartment with a cleaning product.

"Officers then apprehended Maska who stated he "had to take matters into his own hands, as the people upstairs were poisoning his food with Draino," said a prosecutor.

The judge overseeing Maska's arraignment had little patience for the suspect, who refused to answer questions or gave sometimes bizarre responses.

Lamont Williams, who was engaged to Poff said he had warned management of the apartment about Maska's erratic behavior in the past. Police told him to just ignore the man. 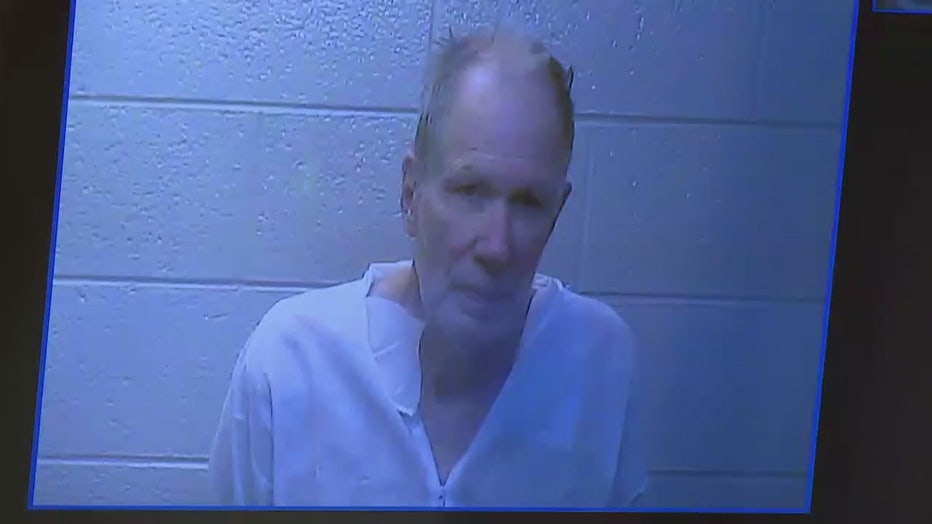 "He had put notes under my door. He had messed my car up in the front and the back," Williams said. "The office called me, told me the police is there. I came back around to the office, I spoke with the police, the police told me 'just ignore him - he must have a problem.' I said 'well I got a problem too, and I'd appreciate it very much if you take care of it.'"

Maska will be back in court Jan. 9.