WARREN, Mich. (FOX 2) - A Warren, man who is based in Japan with the U.S. Marines, has identified his mother as the murder victim in a neighborly dispute.

Marine Michael Poff says his mother, Cindy Poff, was the 53-year-old woman who was killed Sunday morning. Michael is a Marine and is stationed in Japan. He said he lost his father to gun violence years ago and said he just talked to his mom Saturday night. It's how his daughters keep in touch with her from so far away.

Police in Warren said a woman was shot execution-style by her neighbor after an argument at their apartment complex.

"She was a great person. She just had the biggest heart," Poff said."We talked to her last night during dinner. She was fine, everything was good. It was a normal conversation and we said goodnight."

Michael said his mom told him about a "crazy" neighbor but he had no idea it would turn violent.

According to police, a several years-long feud between the two neighbors boiled over on Sunday morning with the elderly man killing her at the Williamsburg East Apartments off Schoenherr.

"I don't know, I'm just kind of at a loss for words," said neighbor Brandin Marchese. "You don't know what people are capable of. This is a 75-year-old man!"

Poff leaves behind Michael and another child. The Marines are sending Michael back to his hometown to make final arrangements for his mom. He said coming home won't be the same for him or his children.

"It's overwhelming. We travel enough as it is and when we do get a chance to go home and now they're never going to be able to see grandma anymore when they do go home," Michael said. 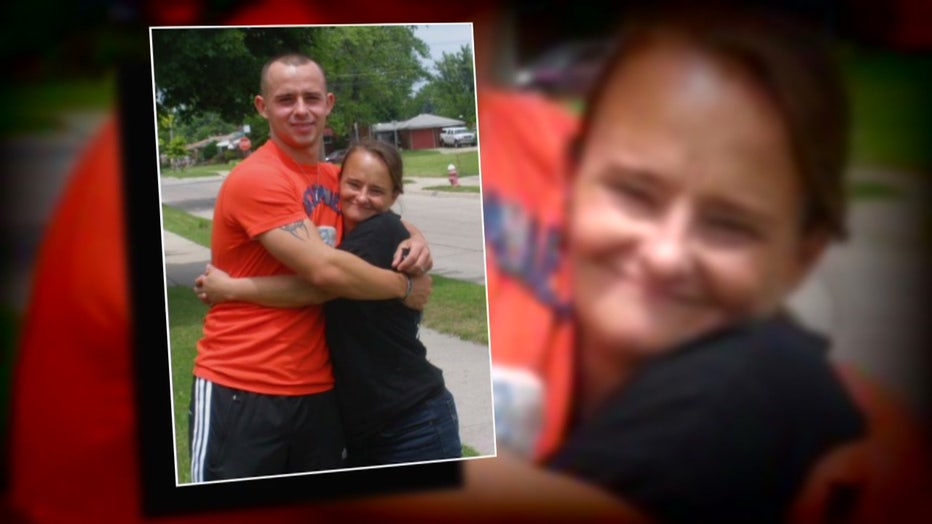 A Warren Marine said his mother was shot and killed after an argument with a neighbor.