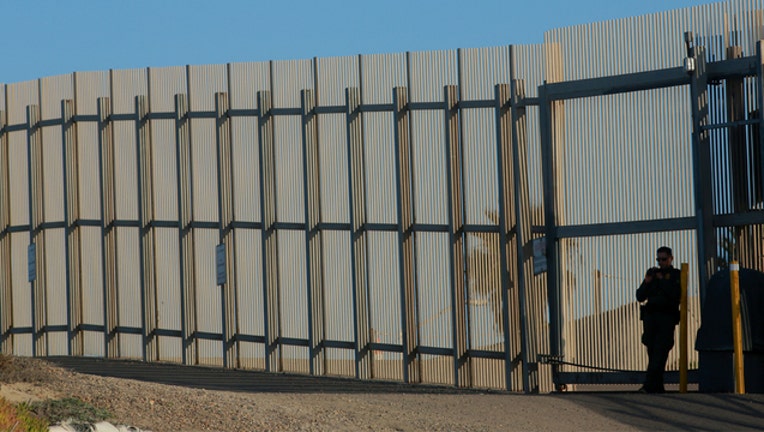 WASHINGTON (KTVU) - As the midnight deadline to avoid a partial government shutdown nears over building a $5 billion wall between the United States and Mexico, warring GoFundMe pages are lighting the internet on fire with money flowing left and right.

The more well-known fundraiser, "We The People Will Fund The Wall," created by U.S. Air Force veteran and Purple Heart recipient Brian Kolfage of Miramar, Florida, had raised nearly $12 million by Friday. He wrote that he was motivated to help fund the wall because "too many Americans have been murdered by illegal aliens and too many illegals are taking advantage of  the United States taxpayers with no means of ever contributing to our society."

Whether or not the government can accept the private money is complicated, according to the Washington Post.

Republican lawmakers have introduced bills seeking to allow the Treasury Department to accept public donations for the purpose of funding the wall. Rep. Warren Davidson (R-Ohio) and Rep. Diane Black (R-Tenn.) have both filed bills seeking to create a “Border Wall Trust Fund,” which Black’s bill specifies would be appropriated to the Department of Homeland Security.

But Kolfage cited the possibility of new legislation on his GoFundMe page, assuring donors that he would find a way to ensure that “100% of your donations will go to the Trump Wall.” He assured them it would be possible by pointing to the 2012 Washington Monument restoration project, where a billionaire kicked in matching funds.

Meanwhile, a competing fundraiser was started on Wednesday by a group calling itself "Ladders for Migrant Siblings" in Washington, D.C. This fundraiser is seeking $100 million to buy ladders to send over "to our undocumented friends and help them."

If the goal isn't reached, the organizers said noting tongue in cheek that the idea might indeed seem a bit ludicrous, then they would donate any money raised to the Refugee and Immigrant Center for Education and Legal Services, or RAICES, a Texas nonprofit that provides free legal services to immigrants and refugees. The organizers wrote that their fundraiser "isn't about ladders at all. It's about lifting people up."

Nancy Levine, author of the "Tao of Pug," who lives in Woodacre, Calif. is part of this "counter-wall" movement and is credited as a key resistance activist for the "Ladders" effort.

She bought the website, GoFundtheWall.net, directing web traffic to the "Ladders to Get Over Trump's Wall" page and to RAICES, which by Friday, had raised $73,000. Buying a url to sound like the opposition is a classic activist move, she said, adding that she was happy to "hijack" the right-wing movement.

"Yes, this was started satirically," Levine said. "But what we're doing is arguably more substantial."

This story was reported in Oakland, Calif.