The alleged sex assault dates back two and a half years before McWilliams was a deputy and was a student at Eastern Michigan University. He is the second member of the Greek system there to be charged with rape - in the last week.

Deputy charged with rape, domestic violence from when he was Eastern Michigan student

The one-year veteran was a fraternity brother at EMU's Delta Tao Delta, and it's his own frat house where the alleged attacks happened.

The one-year veteran was a fraternity brother at EMU's Delta Tao Delta, and it is his own frat house where the alleged attacks happened.

A spokesperson with the fraternity did not have anything to say about the case.

McWilliams now on unpaid leave from his position.

In court Wednesday the prosecuting attorney requested from the judge that McWilliams has no contact with Dustyn Durbin charged with rape last Friday. Sources described the two as friends.

But Durbin's attorney told FOX 2 he has no idea how the two cases are related.

Durbin is charged with nine counts of criminal sexual conduct involving eight college students from 2015 to 2019. 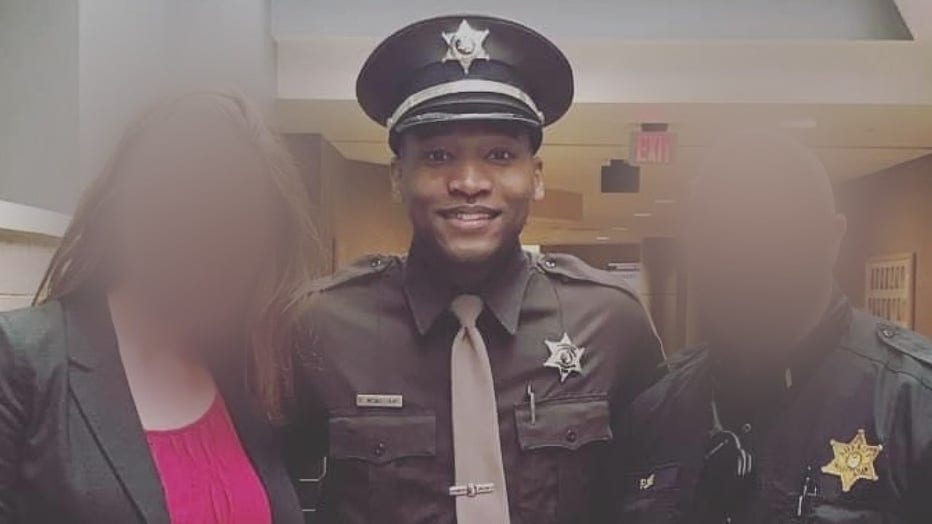 He was a frat brother at Alpha Sigma Fi. They told us he's been permanently expelled as a brother.

Durbin apparently intimidated the alleged victim saying he was going to be a police officer one day and that his best friend is an officer.

The university released a statement that reads in part:

"As these cases have just come to light, the university is taking immediate steps to look into the allegations."

Durbin and McWilliams are pleading not guilty. Both are expected to be back in court, on the same day next week.