Candidates Ryan Kelley, Kevin Rinke, Tudor Dixon, Ralph Rebandt, and Garrett Soldano make their cases why each of them should be the pick to defeat Governor Gretchen Whitmer this November.

PONTIAC, Mich. (FOX 2) - With less than a week to go until the field of Republicans hoping to take leadership of the state, Michigan GOP candidates will have one final chance to make sure their positions on the issues are known during the last debate.

Michigan Republican candidates Tudor Dixon, Ryan Kelley, Ralph Rebandt, Kevin Rinke, and Garrett Soldano are the remaining five GOP candidates from a once-crowded field. All five took part in the final GOP debate Wednesday. Watch it above on this page.

Michigan primary and general election: Key dates to know ahead of voting

It was the third and final debate of the GOP leaders ahead of the Michigan Primary on Tuesday, Aug. 2. Wednesday's debate took place at the UWM Sports Complex Auditorium in Pontiac and is being hosted by the Oakland County GOP.

The final five candidates for governor on the GOP side battled it out in their final debate before the primary.

Five leading candidates including James Craig and Perry Johnson, were blocked from the ballot after signatures were found to be fraudulent.

Catch up on all of FOX 2's Midterm coverage here. 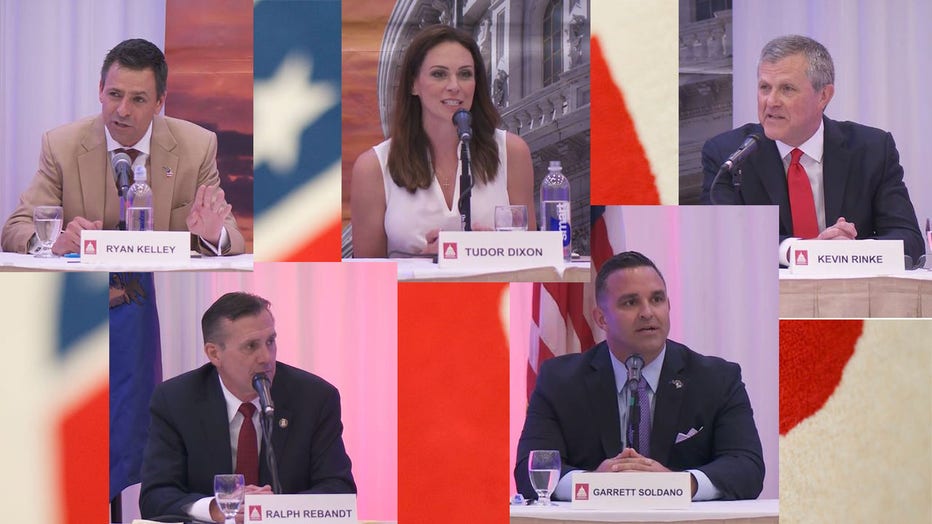