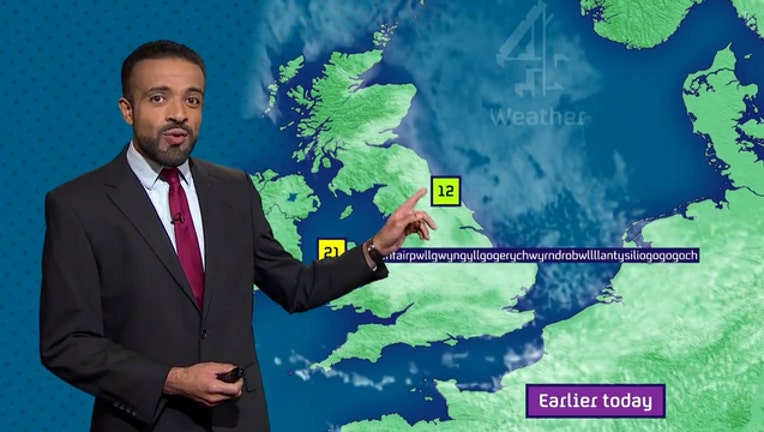 Video of a weatherman in the United Kingdom effortlessly pronouncing one of the most ridiculous place names we've ever seen is going viral.

The city, Llanfair­pwllgwyngyll­gogery­chwyrn­drobwll­llan­tysilio­gogo­goch, is on the island of Anglesey in Wales. You can watch video of Channel 4 News weatherman Liam Dutton breezing through the city name below. Click here if you cannot see the video.

"It may be a mouthful to say, but Llanfairpwllgwyngyllgogerychwyrndrobwllllantysiliogogogoch in north west Wales was one of the warmest places in the UK today," Channel 4 News wrote on its Facebook page when sharing the video.

Liam thanked everyone later on his Facebook page for the "kind comments" about his pronunciation.

If you were curious, the longest official place name in the world, according to the Guinness World Records, is in New Zealand. It clocks in at 85 letters long -- Taumatawhakatangihangakoauauotamateaturipukakapikimaungahoronukupokaiwhenuakitanatahu.

For comparison, Llanfair­pwllgwyngyll­gogery­chwyrn­drobwll­llan­tysilio­gogo­goch has 58 letters.