A water main break has flooded streets in a west side Detroit neighborhood, creating a slippery mess - and frustrating residents.

DETROIT (FOX 2) - A water main break has flooded streets in a west side Detroit neighborhood, creating a slippery mess - and frustrating residents.

It has been more than a week since water started leaking from a six-inch underground pipe at the corner of Rosa Parks and Highland.

"Obviously it’s a leak and nobody wants to see a leak running near their house, I wouldn’t want to see it." said Sam Smalley, COO of the Detroit water department.

The Detroit Water and Sewerage Department says a utility pole so close to the water main is prompting delays. DTE crews will have to use special equipment to hold the pole in place while water department crews fix the pipe -  that dates back to 1916.

People who live in the area and shop at the corner store just hope the repairs are done sooner than later.

"It will cause a major accident," Frasier said. "People will stop in their tracks and try to back up."

The city cited the holidays and Covid as reasons for the delays in fixing the water main.

"We have been salting the area at night to ensure the ice remains under control," said Smalley. "Apologies to our customers for the impacts. We’re doing the best we can trying to get additional resources so we can get this done quicker."

The water department told FOX 2 that no residents will see a rise in their bills as a result, and that no customers have lost water either. 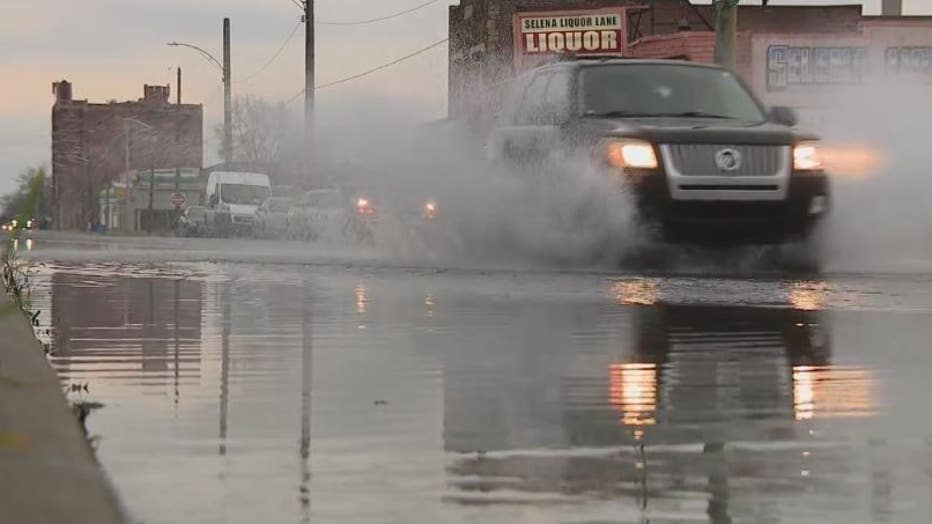