The organization is known for providing aid to communities in the US that have been devastated by weather events like floods, hurricanes, and tornadoes.

WATERFORD TWP., Mich. (FOX 2) - All across Florida preparations are underway as its governor declared a State of Emergency due to the expected path of Hurricane Ian.

An organization in Waterford called Disaster Relief At Work is gearing up to help by making preparations of its own.

"I leave Michigan Wednesday and we will pre-position for the storm Thursday," said Greg Martin, DRAW executive director.

The organization is known for providing aid to communities in the US that have been devastated by weather events like floods, hurricanes, and tornadoes.

"We responded to hurricanes, tornadoes, and floods all over the United States," he said. "You’ll see that this area (of the map) along the Gulf, has been a lot of hurricanes - which is why we set up another warehouse in Mississippi so that we were a little bit closer and can respond faster.

As the organization prepares to help residents in Florida, it’s collecting key items.

"If the storm stays as strong as it’s projected to be, tarps are a big deal," Martin said. "Also, cleaning supplies if there is a lot of flooding happening. People are going to need to clean up quickly."

Volunteers will be there on-site Tuesday to assemble DRAW buckets.

"The bucket is basically the mode in which we deliver the items," he said.

And you can help this nonprofit help those in need.

"At drawbuckets.org people can sign up to volunteer," he said. "And then if people want to donate on that site, they can sponsor a bucket which will be distributed later this week to someone who was in the path of Hurricane Ian."

CLICK HERE to learn more about DRAW and to donate. 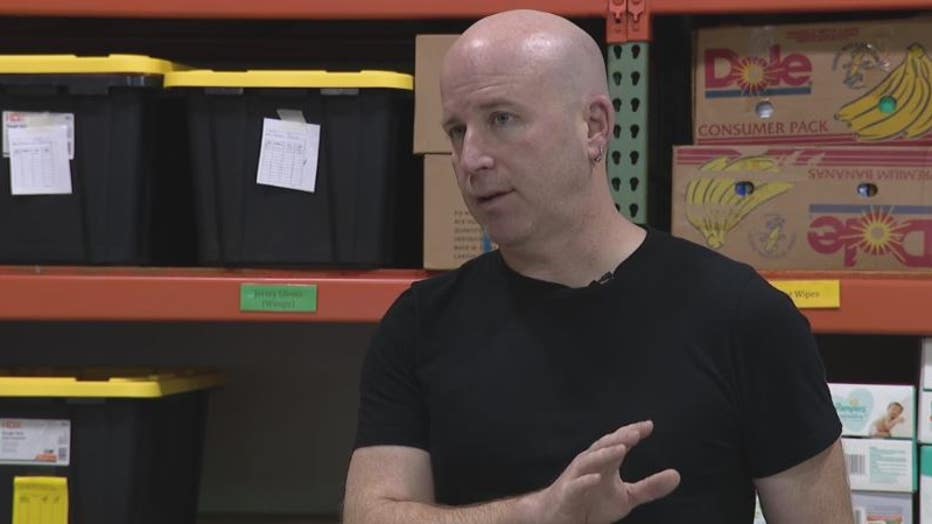