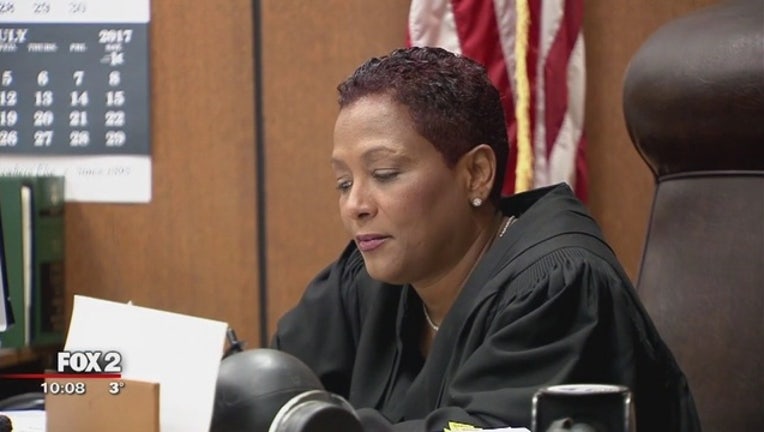 (WJBK) - A Wayne County judge is coming forward to clear her name after some high profile people came up in connection with a corruption investigation in Wayne and Macomb Counties.

Wayne County Judge Vonda Evans' name, along with more than a dozen others, was accidentally released in an online FBI document connected to a federal corruption probe.

Attorney Todd Perkins speaking on behalf Evans says he was contacted Tuesday by the U.S attorney's office, which confirmed Judge Evans was not a target or suspect in that case.

The records accidentally filed by another attorney were federal wiretap documents, which contained a list of officials at one point considered "target subjects." The affidavit was filed to seek wiretapping approval for towing businessman Gasper Fiore, who recently pleaded guilty to bribery.

FOX 2 is told soon as the mistake was discovered the documents were immediately re-sealed. But there were several high profile people on that list isn't there questions as to why they were being targeted in the first place?

In a statement acting U.S. attorney Dan Lemisch told Fox 2: "There's a reason why such documents are filed under seal. They may contain allegations against individuals, including public officials, that never rise to the level of criminality. It is unfair to impugn the character of anyone."