FOX 2 - Back in April, Gov. Gretchen Whitmer announced she's forming a task force on racial disparities when it comes to COVID-19.  Now, one prominent person in that group says, mission accomplished.

Wayne State University President M. Roy Wilson said racial disparities among COVID-19 victims in Michigan have been wiped out. But others tell us although they've made progress, there's still a long way to go.

Back in April, Gov. Gretchen Whitmer announced she's forming a task force on racial disparities when it comes to COVID-19. Now, one prominent person in that group says, mission accomplished.

"One thing I think is not being talked about enough is that this huge racial disparity that we saw at the beginning has now been completely eliminated," Wilson said.

The WSU president said that on a virtual roundtable Thursday with the heads of Michigan State University and the University of Michigan hosted by the Lansing Economic Club.

Wilson was talking race and the virus. Early in the pandemic, Michigan African-Americans made up 40 percent of the state's cases, with a population of just 14-percent.

"The data is pretty clear and it's been consistent for three or four weeks now that this racial disparity that was so prevalent at the beginning of the pandemic has been completely wiped out," he said.

Wilson's made a career of studying minority health and sits on the task force created by Whitmer to fix these Covid inequities.

"He either misheard the question or misunderstood," said Maureen Taylor.

Taylor is a fellow state task force member and she disagrees with her colleague.

"I'm not sure what he meant, but I know that we are moving in the right direction but we are not there yet," Taylor said.

They meet twice a week and Taylor agrees they've made headway especially with more robust testing in communities of color, but added that the gap is still there.

Taylor said it's taken decades for racial disparities in health care to take hold - and it will take a while to fix.

"The buzzer that says 'all clear' has not gone off," she said. "We don't have that yet." 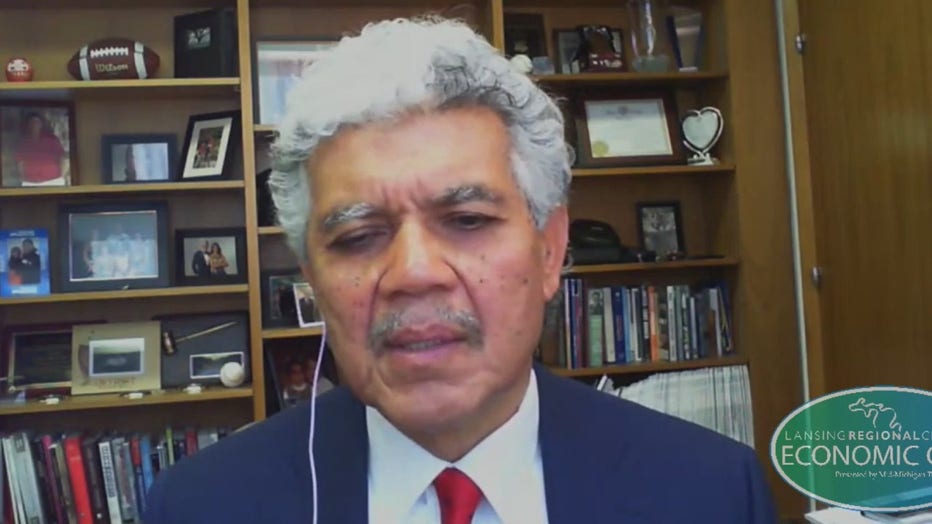