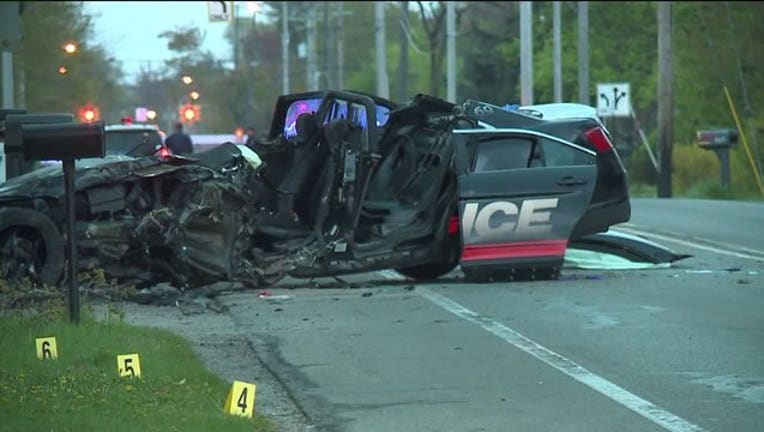 A Norton Shores, Michigan police officer was killed in a one car crash Wednesday morning. Image via fox17online.com

NORTON SHORES, Mich. (WJBK) - Authorities say a police officer has died after a crash involving his cruiser while on duty in western Michigan.

Norton Shores police say an area resident reported the single-vehicle crash around 2:30 a.m. Wednesday. Police say the officer was taken to a hospital and died.

According to the Muskegon County Sheriff's Office, the police officer has been identified as Jon Ginka. Police said the 10-year veteran leaves behind a wife and two children.

Michigan State Police are investigating what led to the crash, which destroyed the cruiser.

FOX 17 reports a press conference is scheduled for later on Wednesday.

Info from the Associated Press was used in this report