You might see plarn, or plastic yarn, in some places around Metro Detroit. The knitting technique co-opted for plastic bags is creating blankets for the homeless, while putting otherwise useless bags to work.

It's just like knitting an afghan, or a sweater, or really anything else, Carrie Kushner says as her hands weave fabric into different layers.

Well, plastic fabric. It's the main difference between any normal day of knitting and what Kushner and the National Council of Jewish Women of Michigan are doing. But even that single difference is having a big impact.

"Plastic bags in our environment, and in our oceans, in our clean water, it really affects our lives," said Linda Levy, the state policy advocate for NCJW michigan.

Dubbed plarn - or plastic yarn - the practice is making good use of old plastic. Not just by cleaning the environment, but by offering protection and something soft to sleep under for the homeless.

"We can take those bags and create plastic mats for the homeless," Levy said.

For Kushner, the vice president of NCJW, it can take tree months to put together a mat that can be used as bedding. The mat, measuring about 6 feet by 3 feet, is easily washable. 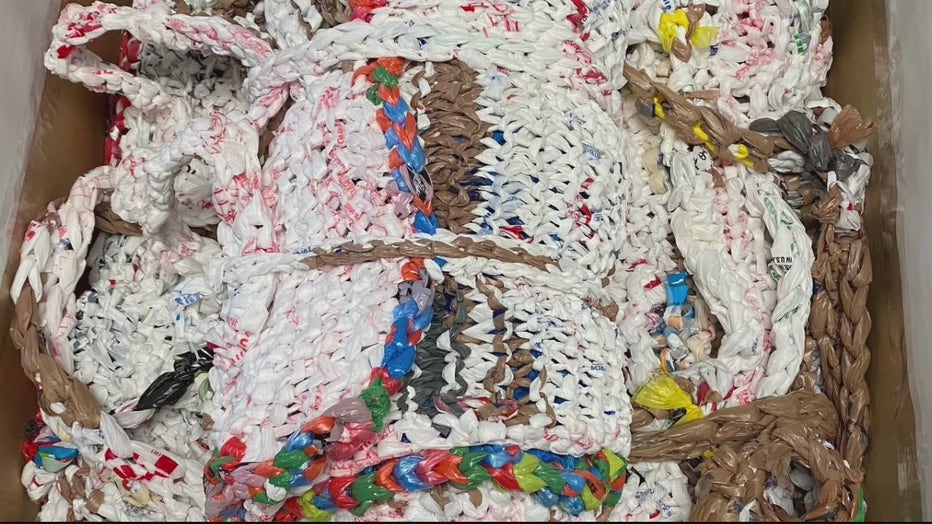 "(I've knitted) my whole life. It's the exact same thing (this time around), but it's shaped differently and for a much better purpose than an extra sweater or an extra scarf," she said.

So far the organization has completed 10 mats. They were dropped off at the Corner Shower and Laundry in Corktown's St. Peter's Episcopal Church.