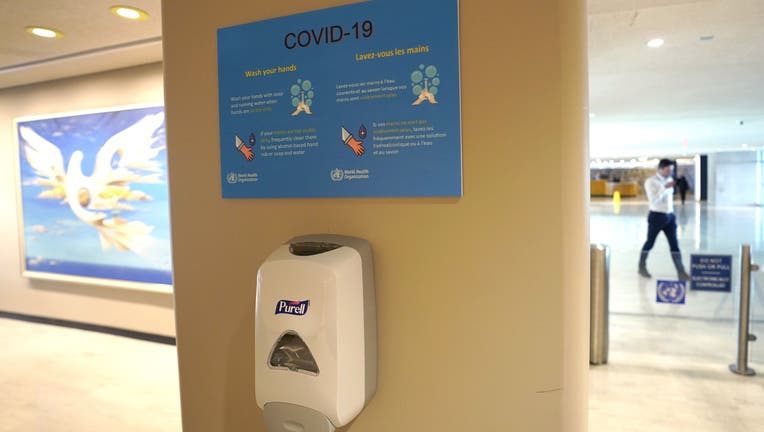 The two positive cases, in Oakland and Wayne counties, were confirmed and announced late Tuesday night by Gov. Gretchen Whitmer.

FOX 2 has been receiving many calls and messages with concerns about where these patients live and where they've been the past few days. These are valid questions, but unfortunately, they're ones that come without answers right now, mostly due to privacy laws and concerns.

WHO ARE THE TWO PATIENTS?

The two patients are in metro Detroit. One is a woman from Oakland County who traveled internationally, and the second is a man from Wayne County who's recently traveled domestically.

Their ages were not given, though we're told they are both "middle-aged." Both are hospitalized right now.

Oakland County medical director Dr. Russell Faust said the female patient was tested Tuesday but wouldn't say specifically where she traveled internationally, though we're told she traveled to a country that didn't have any confirmed cases at the time.

WHERE ARE THEY BEING TREATED?

The University of Michigan Health System did confirm Wednesday, though, that the hospital is treating one of the patients and that they are in stable condition. They did not elaborate on which patient they're treating.

We are told, though, that the woman is in respiratory isolation right now at the hospital, which means she's in a negative-pressure room in which the air is filtered and doesn't spread to the rest of the facility.

If you have a procedure or doctor's appointment coming up in Oakland or Wayne county that you're concerned about, we recommend calling your provider and asking if you should take any extra precautions when coming into the office or hospital.

WHO ELSE HAS BEEN EXPOSED?

The family lives of these two patients have not been given - and, again, likely won't be due to HIPAA violations.

So we don't know right now if these patients have children or spouses, and if they do, it's also not known if their families are self-quarantined right now.

Dr. Faust did elaborate Wednesday about the female patient, saying her contact appears to have been "minimal."

HOW LONG HAVE THE PATIENTS BEEN SICK?

Symptoms for the COVID-19 virus could appear in as few as two days, or as long as 14 days after exposure, according to the CDC.

Gov. Whitmer said Tuesday night that their tests were done in state and are still pending CDC confirmation.

WHAT SYMPTOMS SHOULD I WATCH FOR?

Reported illnesses have ranged from mild symptoms such as cough, shortness of breath and fever, to severe and even fatal respiratory distress.

Flu, cold and coronavirus often share certain symptoms, but differences in intensity and how they appear can offer clues to which one is causing the misery.

Expect a common cold to start out with a sore or scratchy throat, cough, runny and/or stuffy nose.

Flu symptoms are more intense and usually come on suddenly, and can include a high fever.

Symptoms of COVID-19 may appear more slowly. They usually include fever, a dry cough and noticeable shortness of breath, according to the World Health Organization. A minority of cases develop pneumonia, and the disease is especially worrisome for the elderly and those with other medical problems such as high blood pressure, obesity, diabetes or heart conditions.

One study of hospitalized patients in China found that about half did not have a fever when they were admitted but nearly all developed one.

WHAT DO I DO IF I GET SICK?

Right now there's one big difference between flu and coronavirus: A vaccine exists to help prevent the flu and it's not too late to get it. It won't protect you from catching the coronavirus but may put you in a better position to fight it.

To protect yourself, wash your hands well and often, keep them away from your face, and avoid crowds and standing close to people.

And if you do find yourself showing any of these flu or coronavirus symptoms - don't go straight to your doctor's office. That just risks making more people sick, officials urge. Call ahead, and ask if you need to be seen and where.

FOX 2 is working to keep you up to date with coronavirus, with both local and national developments. Every weekday we're live at 1 p.m. with a special show reporting the latest news, prevention tips and treatment information.

You can watch live in your FOX 2 app or online here.

You can also get the latest coronavirus news from around the country at coronavirusnow.com.